I had the privilege to fish private water in Idaho the other day with my buddy James Fraser. James works for Friends of the Teton River, spending his days studying rivers, and creeks, and fish, often times with a fly rod in his hand. Fortunately our job that day was to catch as many fish as possible, measure them, tag them and release them. James will be lucky 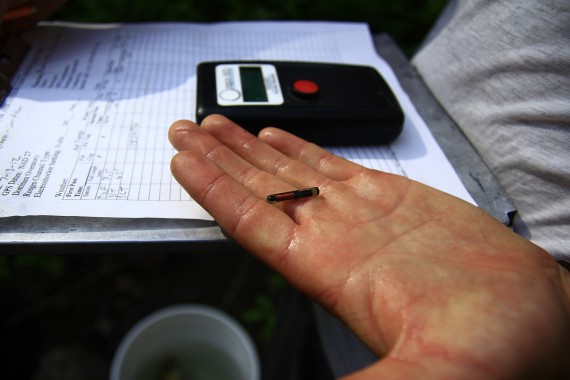 enough to fish this spot next week and compare his notes so he can get an idea of a population count on this river. The fishing was amazing, every cast we were hooking fish. Which also meant that every fish we had to pull out our clipboards and pencils and tapes and record every fish, it got tiring! On the hike down to the river we stepped over a four foot rattlesnake which I failed to get a picture of cause I was so scared. We also saw a lot of Bear sign, ripped open logs, and torn up brush. 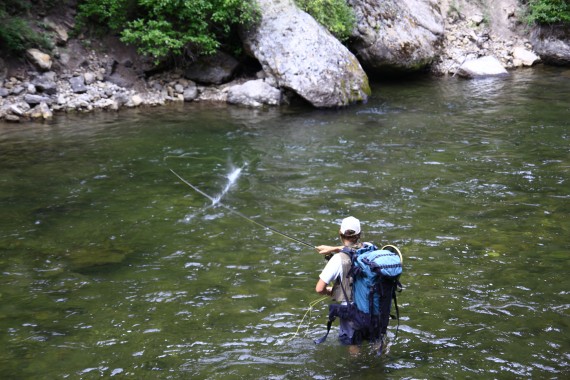 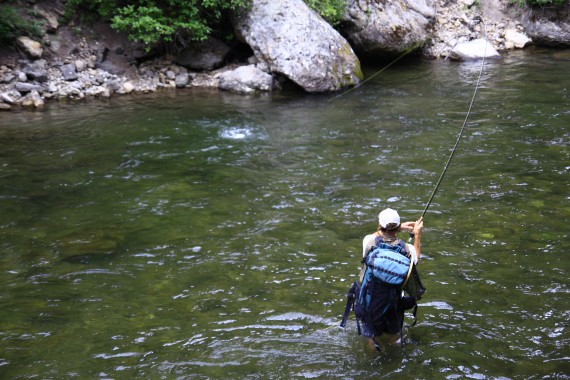 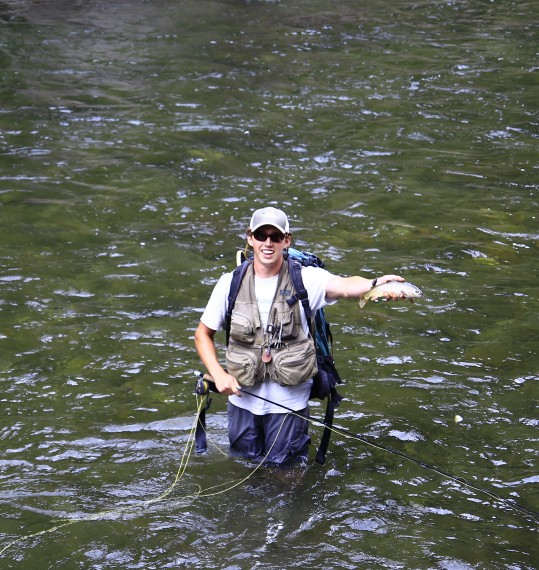 On the hike out I saw another snake, this time it was a harmless Garter snake with a giant Sculpin in his mouth! 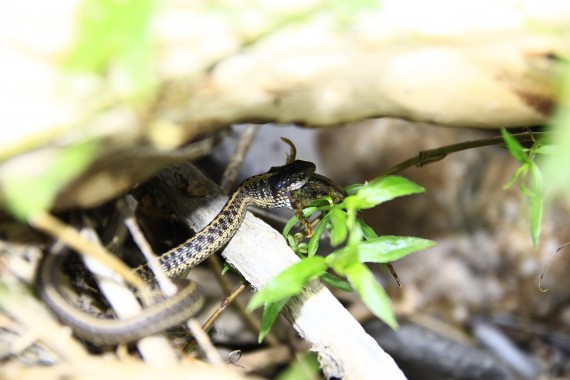 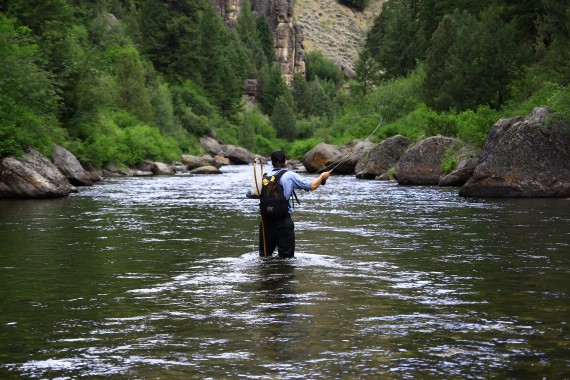