Bob Ciulla and I have been fishing every day mixed in with a bit of travel. The fishing is a little bit tougher than Bob remembers, his last visit being ten years ago. The other day we saw a massive brown trout feeding on the surface, and swinging below gorging himself on nymphs. I wanted to catch this fish so badly but of course gave Bob the right of way. We tied on a size 12 cicada and Bobs cast fell two feet short and to the right but the fish didn’t give a shit and did a 180 in his lane and smashed his fly. I reckon this fish was 8+ pounds but will never know because what happened next will give Bob nightmares for a while.

The fish swam directly downstream at Bob and almost through his legs, first reaction for Bob was to grab the line to retain tension and line management and immediately broke the fish off. I wanted to yell at him about grabbing his line, but also realized how insane and fast the situation happened and furthermore would have done the same thing, so instead I congratulated him on getting the fish to eat but he was having a “I hate fly fishing moment,” and I walked on to spot the next fish. Luckily I have been getting into a few good fish my self – some that weighed 4lbs and should have weighed 7. And 7 pound fish that had the length of a 4 pounder. 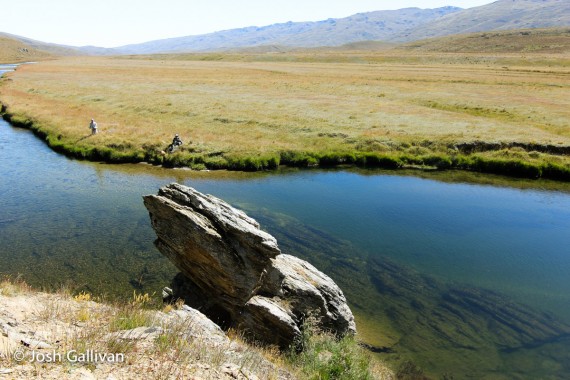 The most memorable fish over the last week happened today actually, a fish I will remember forever. Bob and I have been hiking our asses off and I feel bad about making him work so hard for a couple silly fish, but Im like a bird dog in that I wont stop and Im always wondering whats around the next bend. So four hours into our day we still had not caught a fish and had seen plenty but they were quite spooky and few and far between. So we kept pushing on of course and came to a gorge with a few steep pools and water that I would usually just move past with out much of a look. After one quick glance in this pool I saw a fish swinging at the very top of the pool in the fastest water which is uncharacteristic of New Zealand browns. So I crept closer and saw a really big fish eating rapidly and got very excited. By this time Bob was behind me motioning me to cast. After all the spooked fish we saw earlier in the day I had tapered my leader down to 5x which is only 5 lb test. And was fishing two small nymphs but decided to just go for it. Luckily it was a perfect cast and I saw the fish swing for my nymphs immediately and my small indicator disappeared so I set the hook. What happened next took about ten minutes but Im not quite sure because I blacked out and went to war with this beast. He immediately swam down to the biggest rock and hid underneath it and I followed him out to the middle of the river all the while Bob was yelling “Be careful!” Because I was now going head to head with this bully of a brown trout and he was standing his ground. I reeled in most of my line and thought I had broke him off under the massive boulder but worked an upstream angle and leaned on him so hard he had no where to go but upstream which he did quite rapidly. The next move he made astounded me. The fish literally swam up two waterfalls at the top of the pool and I had to chase him down. My little 5x leader was no match for this beast and I was almost certain I was going to break him off on the rocks. The fish jumped one time and I started yelling at Bob, “Grab the bigger net!” and eventually after banging my knees and shins on numerous big rocks was able to swing the fish in to the shore and bob was ready with the net. I got all of my flies wet and most of the stuff in my pockets floated away but I managed to land this 8 pound fish!!! 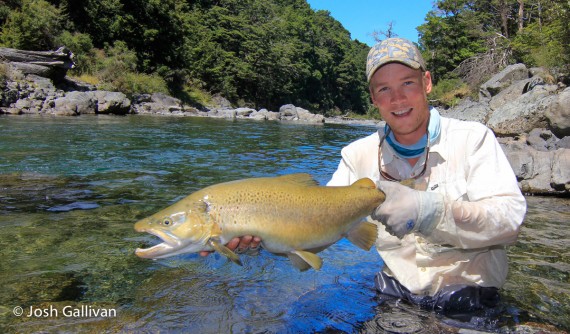 I thanked the fish and released him of course but didn’t look him in the eye because in the end he won the battle and I limped away with bruises all over. What a ninja. 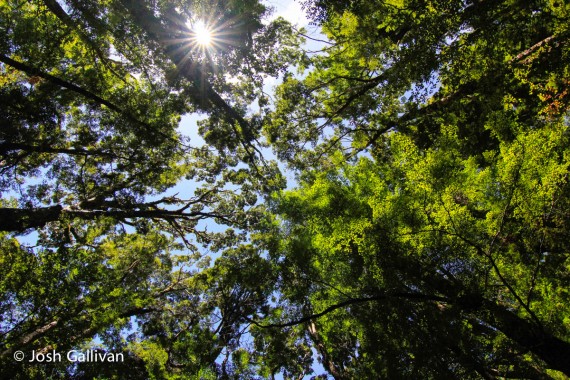