Neil Chamberlin and I have just returned from an awesome trip floating and fly fishing one of the greatest rivers in the American West. Im generally vague when I write about where I have been exploring, to protect these special fisheries. I have put a lot of time in to learn about some of these special places and I don’t want to name exact locations and river names on the internet. Besides its non important, and when you find your little slice of paradise wouldn’t you want to keep it to your self? The truth is paradise is what you make of it and your attitude along the way. Great fishing comes second to the experience of adventure, passion, and exploration. 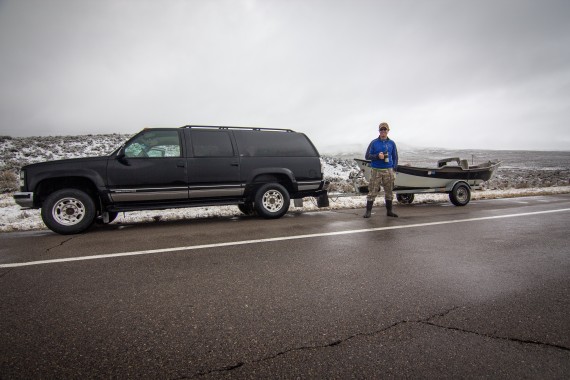 After our early to rise and departure we started driving east and immediately hit an epic snowstorm on one of the many mountain passes leaving Jackson Hole. Hard to believe we were going fly fishing while driving through the sub zero arctic but hey, I guess if you don’t like the weather you just have to wait five minutes. Sage brush was holding on all around us while the skies broke and the sun started shining through. Excitement builds now as we got our first glimpse of the river which was running clear. You never know what to expect in the spring during runoff. We finally got to our destination and got things organized and wadered up as fast as possible. I literally had butterflies in my stomach I was so excited. We made room for the massive case of beer and our bottle of whiskey (for the warmth) along with a cooler of delicious food and a shit load of fishing gear. Neil had to do a quick bike shuttle while I rigged our rods and organized the boat. When we finally pulled anchor it was high noon and the sun started to really peek through now and it was t shirt weather before we knew it. I had decided early on I wanted to fish big flies and chose a double articulated swimming jimmy in an olive color. I fished my Winston Boron 2mx for a 6 weight with a 200 grain scientific anglers line. The combination felt so smooth in my hand and I was throwing my streamer with pin point accuracy much like a player of darts. I was quickly rewarded with the biggest fish of the trip. This 23 inch Brown Trout came to the net from a rock bank. 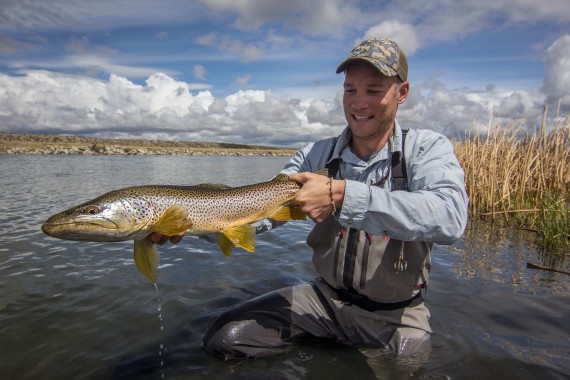 The fishing only picked up from here and we had an epic day until about 2:00 when the weather rolled back in and swallowed us whole. For the next few hours though we tried many tactics and caught fish on every turn. We took it slow and relished in the beauty of the natural world around us. At one moment we saw a pod of about ten viscous trout sipping off the surface in a dry fly frenzy. I extended my leader and tapered it down to 5x which was necessary for the small dry I fished. I told Neil to watch and learn and told him this is how we do it in New Zealand and laid out a perfect cast. The fish ate it and I set the hook and 3 mins later this 20 inch Bonneville Cutty came to the net. 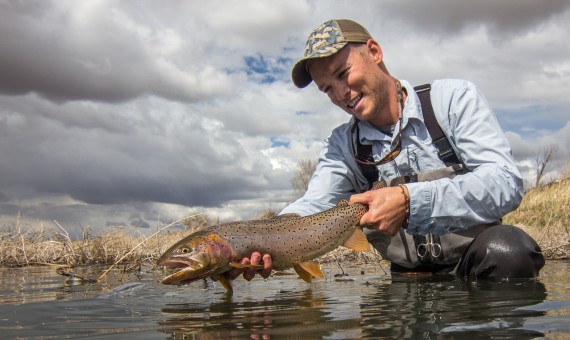 The day continued with us alternating on the sticks and bringing numerous fish to the net including Browns, Rainbows, and Cutthroat. 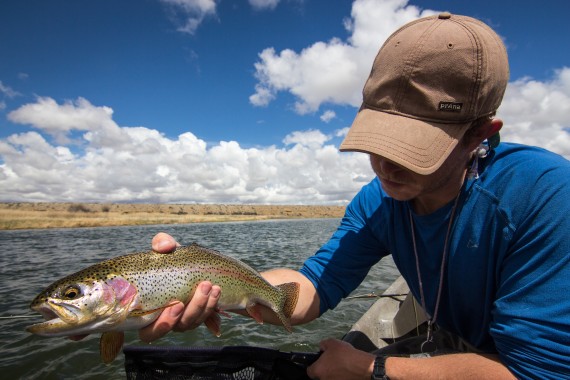 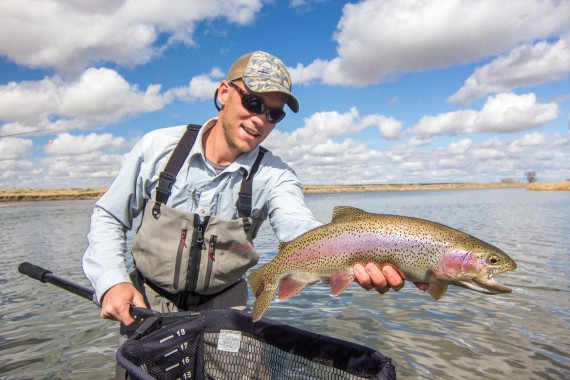 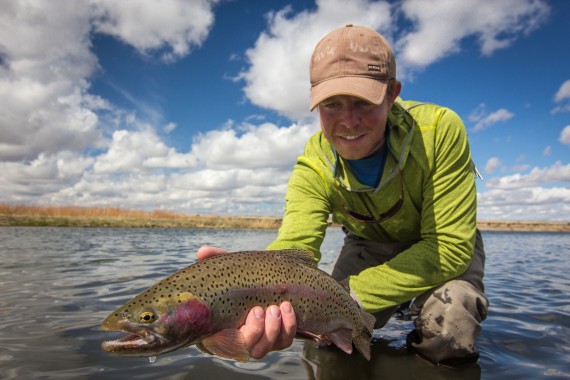 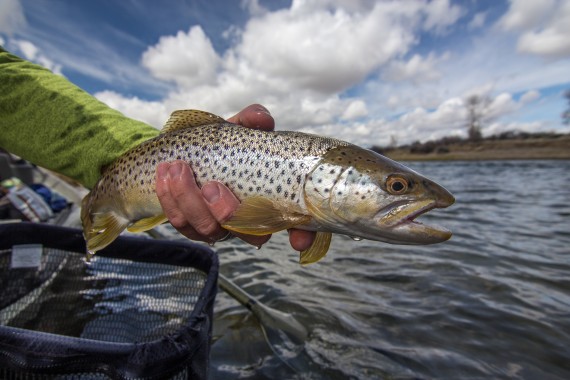 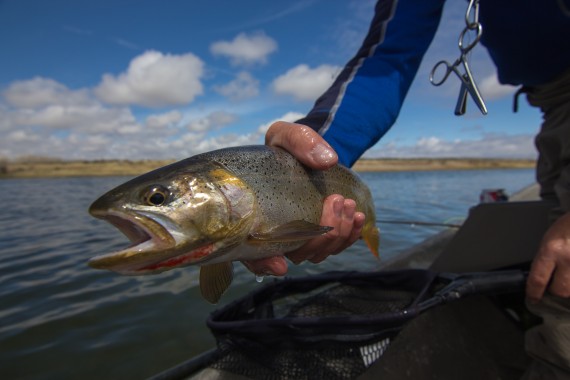 The rain came and was so ferocious we proceeded to drink whiskey and push down river to the truck. It continued through out  the night and we had to hibernate in the back of the truck eat snack food drink alcohol and listen to music. We had big plans to cook up an elk stir fry set up the camp chairs and the table and watch the sunset and listen to the birds. But it was a monsoon and we laughed it off and eventually went to bed. The next morning we woke up and enjoyed bacon and coffee before putting the boat in the water. While Neil did his bike shuttle I waded up river and started hooking into fish. The day was beautiful and we found priceless pieces of water full of fish. We saw another two boats that day that were drifting but not catching any fish and I felt bad for them until they rowed right in front of us and completely cut us off. I couldn’t believe their utter stupidity and literally gasped out loud. Still life is short and they were probably from Utah so I still felt bad for them. We rowed on and caught more fish…a lot more fish. 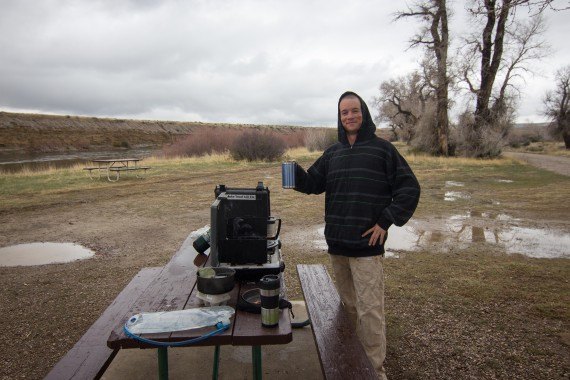 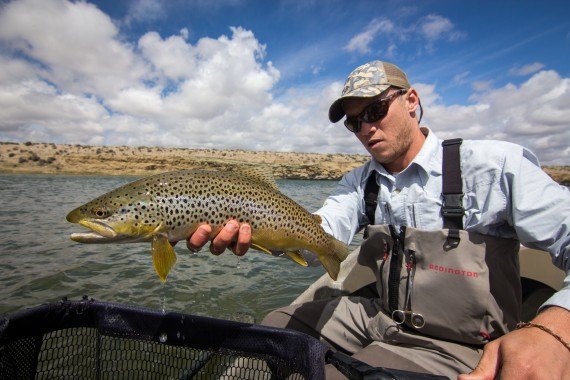 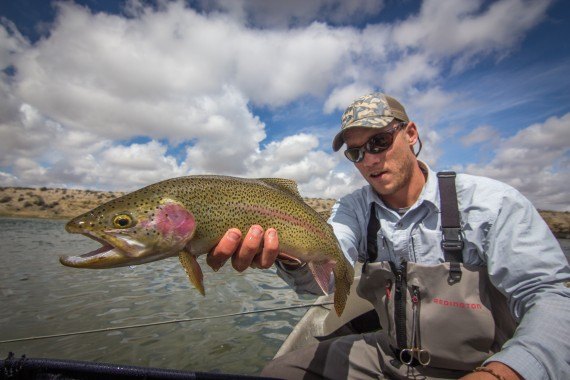 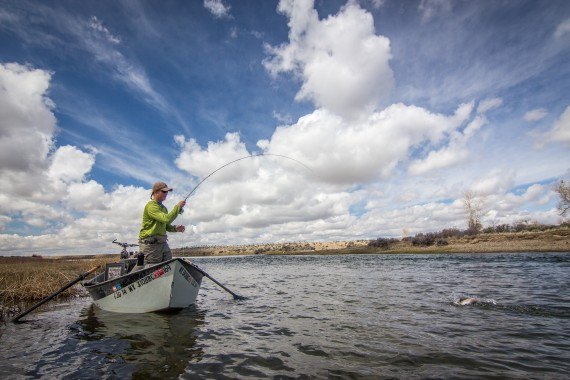 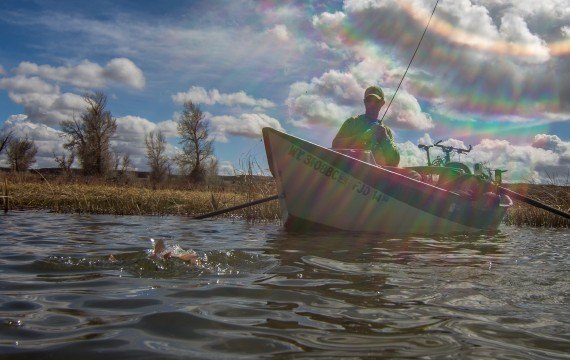 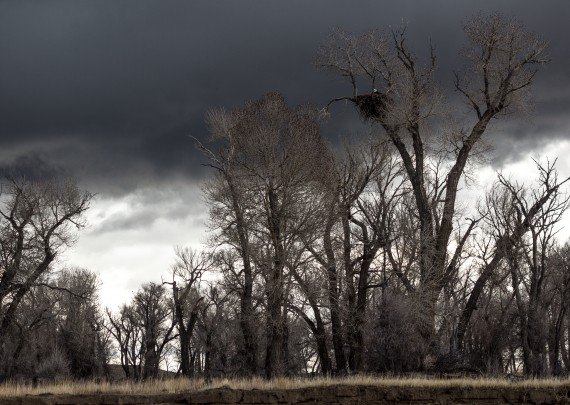 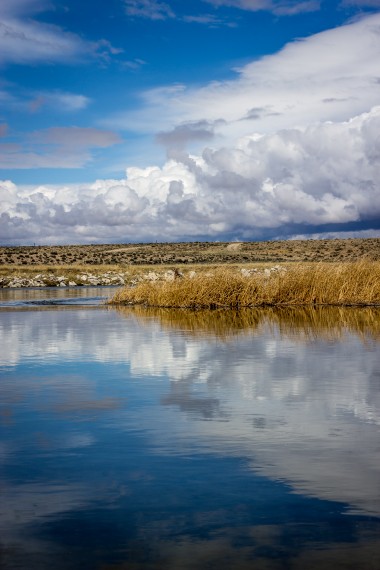 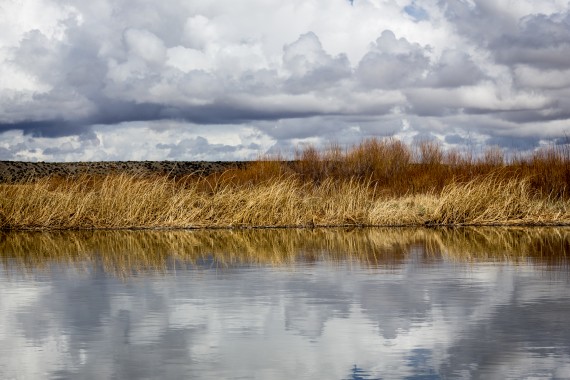 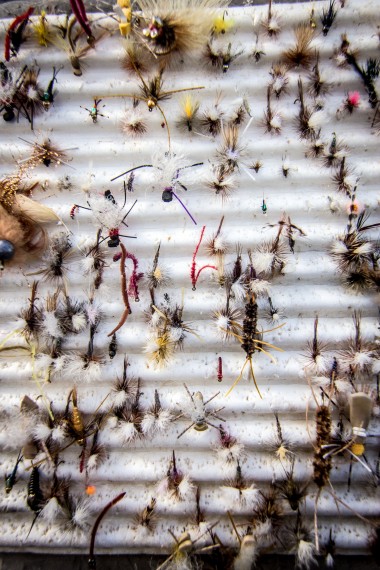 As a fly fisherman the main objective of any outing is exploration and adventure, keeping in mind all of your greatest fish memories. So explore the unknown, enjoy nature, live simply, and do what keeps you happy and healthy. Im off to Ireland tomorrow to fish a few choice rivers near castles with warm guinness and monster pike. 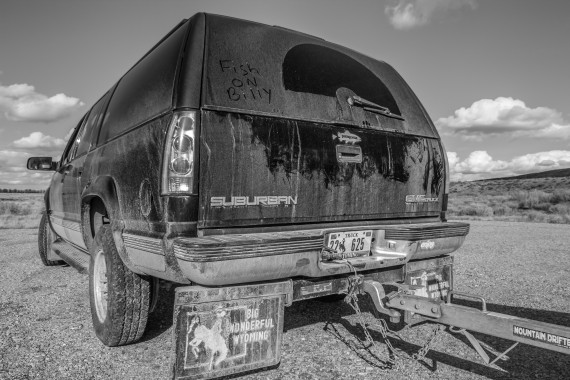