With the end of summer came some incredible outings with some great friends. My good friend Jeff Currier turned 50 and most of us managed to make it to Island Park Idaho to celebrate. While most of the group was already in Idaho celebrating, Mike Lasota and I managed to sneak away from any crowds and went North to Yellowstone for a long day catching big brown trout on every cast. This day was incredible, it started off with a thin layer of fog that made it extremely difficult to see anything on the lake. Eventually it burned off and cleared up and became one of the nicest days all year! 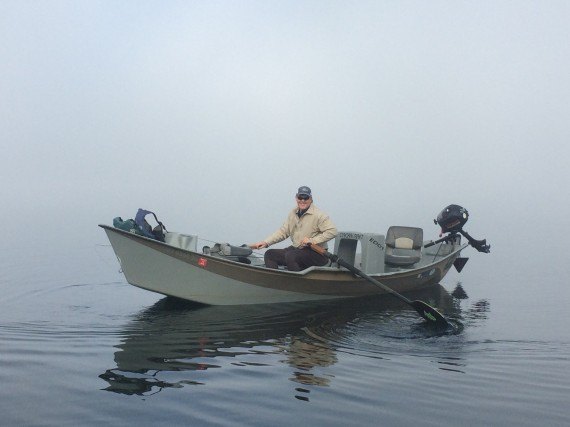 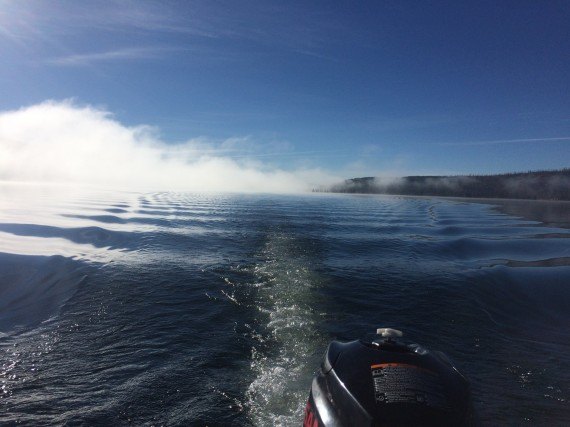 Half full or half empty

Now Mike had never been to this area before and I assured him good things were going to happen. It started off quick with Mike sight fishing a few lakers in shallow water and boy it was incredible to anticipate the eat. We were fishing 5 weight rods on this lake because the fish are actually quite spooky and deserve proper presentation. After beating up a few Lake Trout, I suggested we keep moving and find some big Brown Trout. Mike was skeptical though and his attention to detail served him right as any disciplined fisherman knows when to second guess his own habits. I think I need to fish black. I think the tail on this streamer is too long. I need to lengthen my leader so it lands lighter. I think the fish are on the drop offs, etc.  And this sort of carry on until I said now Mike, I fish here a lot and I know where the fish will be and when. Eventually he trusted me and I urged him we should keep moving. So we kept rowing to one of my favorite spots in the world and eventually we were there. I more or less hit the nail on the head and told him this was where it was to go down and right as rain we got our first big Brownie to the net. 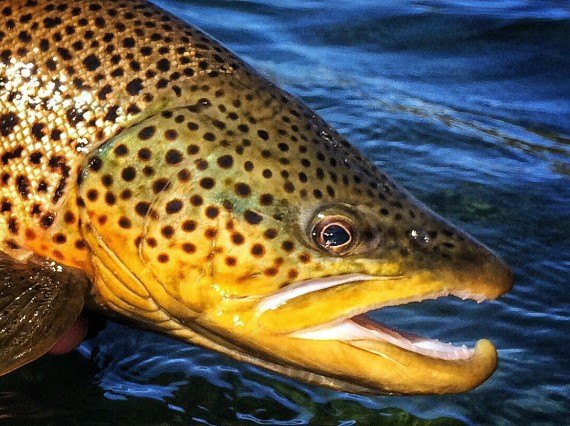 Put me back bru!

We had such a fantastic day together it was incredibe. What really made it special was the fact that Mike and I have fished all over the place together, including, the Florida keys, the Pacific Northwest, Wyoming, Idaho, and there is talk about a trip to Sudan and Oman this spring. But the fact that Mike had never been to this spot in Yellowstone (my backyard) and the two of us were hooking into big browns on every cast, made the moment seem surreal. Fly fishing allows time with friends. It allows you to cherish moments in life that will not happen again. It allows you to see in to the natural world around you, and to put your self and your own sorrows into perspective. The fact is you probably wont be around to see the I phone 27, but your here now and by god, there are feeding fish to catch. 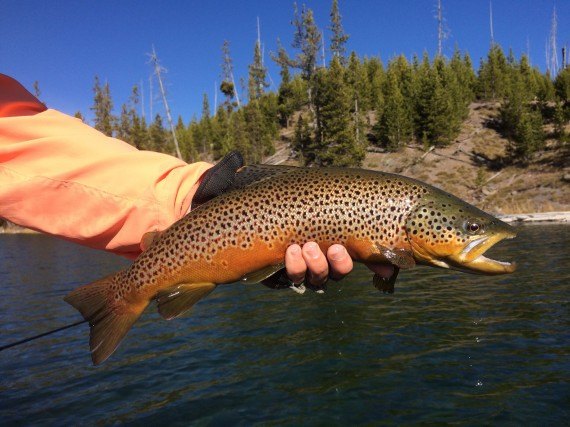 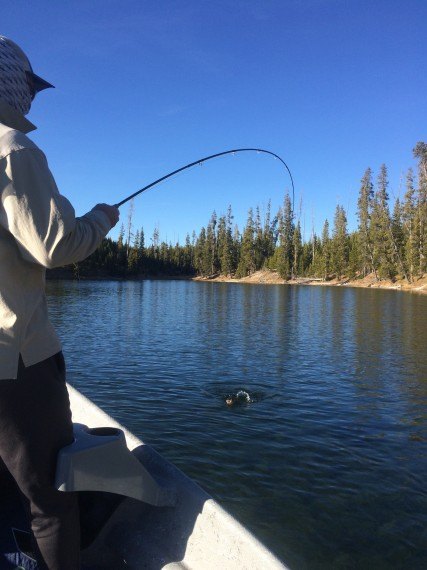 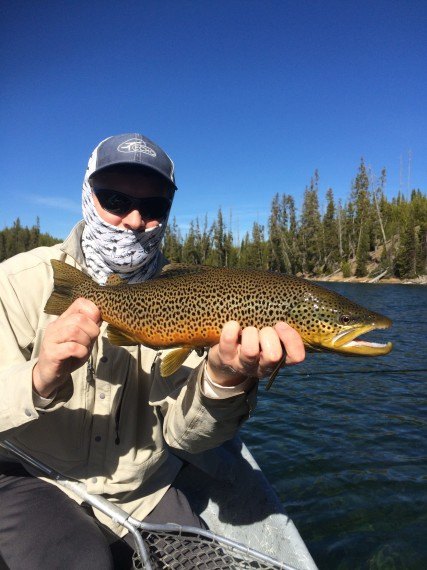 Why do we always need to pull the fish out of the water?

Mike and I fished hard taking turns rowing and fishing for the next four hours. We fished one fly all day that held up to 40 fish. We didn’t change flies once. It was silly how good the fishing was. Meanwhile the rest of the Currier party was getting their ass kicked at the ranch on the Henry’s Fork. Eventually Mike and I had had enough, right about when a young bro bra fashionista had rowed up to us and wanted to chit chat. It wasn’t a big deal that he wanted to talk, but the way he went about it, calling every bend in the river, naming all sorts of fish he has caught here and there, asking for all this info and what not. He then literally started casting right next to us and at that moment I was annoyed and we rowed off. I still saw more big fish than big idiots that day and was pleased. He was probably just excited about a fish he had caught or something and I can’t blame him. Mike and I popped a cold beer of course, on our boat ride down the lake as the temperature dropped to a bitter cold. We hurried over to Victor Idaho to meet the rest of the gang and they were all shell shocked from boredom and lost anticipation on fishing. They had a tough day that day and our pictures of massive Brownies didn’t help. Either way means to celebrate as we were all alive and fishing always gives us hope.