Our late season guides trip is always a blast and is something I look forward to all year. Our Jackson Hole fishing season is short due to our higher altitude and our long Winters. Spring snow melt plays a big part in keeping us off the river in May but no matter, the lakes are fishing great that time of year. During my laborious guide season I rarely take days off to fish because after all, while I’m spending time on the oars mostly teaching, I feel like I am fishing. I don’t need to be holding the rod to enjoy the small and simple subtleties that accompany this remarkable obsession. Things I enjoy besides hooking, playing, and landing/admiring a fish include but are not limited to : 1) moving water. 2) sight fishing a river like the Snake which is very difficult to master. 3) learning everything there is to know about Cutthroat. 4) birds. 5) get out of the boat more! 6) long leader side channel spring creeks. 7) predicting the exact bush where that one big fish will be hiding. 8) being at the right place at the right time, and not knowing it until you go. 9) abstract thinking and realizing the bigger picture. 10) anticipation. 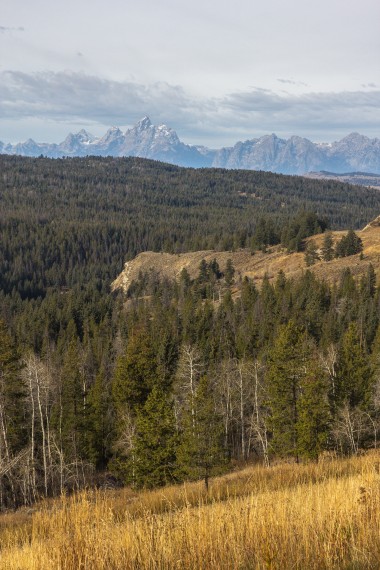 The trip this year consisted of only 6 of us. The other 6 guides who work for Grand Teton fly fishing, decided they had more important shit to do other than fishing with the rest of us for the end of the year guides party..(something I will never understand). So we left bright and early and were excited for the long weekend of food, booze, fishing and friends. I rode in the truck with two fly fishing friends and legends – Scott Smith and Jeff Currier, who are both mentors to me and share a unique perspective on everything in life. And the most important lesson of all – how important it is to enjoy your life. After all, the best role models don’t actually know they are role models. 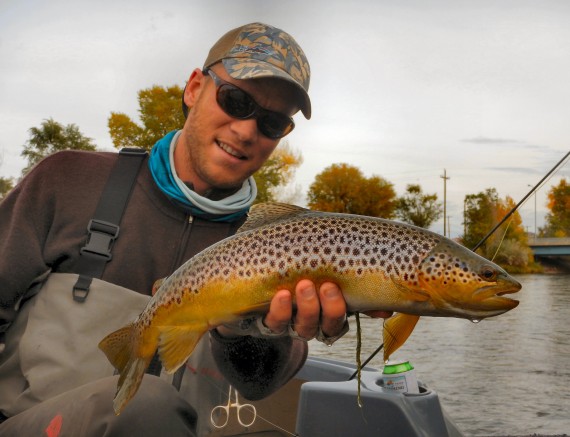 First cast of the guides trip 2015 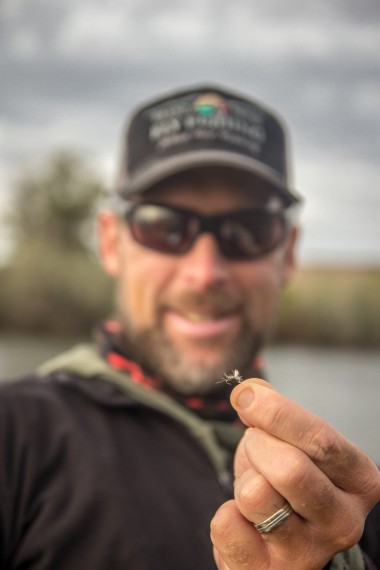 Scott Smith with his “One Fly” 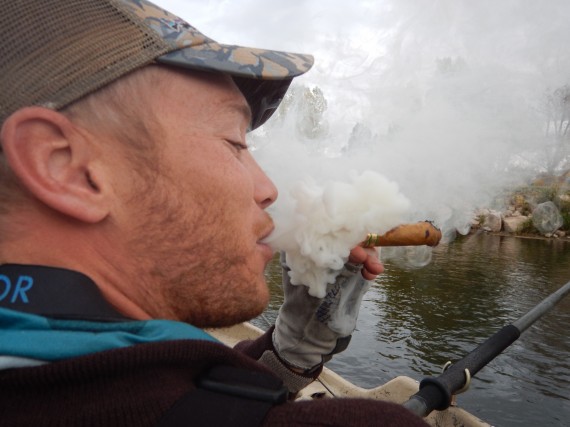 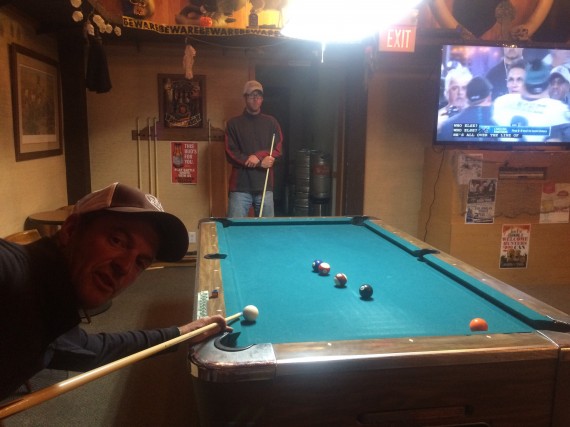 “I dont even look when I play pool”

We put on around 1:00 that afternoon and I jumped in with Scott and Jeff. 17 feet from the boat ramp a nice brownie was gulping bugs from the surface similar to a great white guzzling a seal from the surf. I had to lay out a cast and anticipated greatness during the drift, like a clock works, this nice fish sipped in my purple comparadun and so the guides trip was off to a  good start. We floated 10 miles that day all the way until dark where we pulled out into a one horse town in Wyoming checked into our rooms and proceeded to eat supper, play pool, and drink way too many beers. It was a mad night, one I will never remember forever. Somebody said we were swimming at 3 am and maybe a fistfight took place followed by all you can eat korean BBQ followed by night fishing but I’m not completely sure what the hell happened that night because the next morning I felt like I got hit by a few trucks and the other boys were in rough shape too.

As you probably guessed it was a slow start to get to the river that morning. We didn’t talk much while floating until Currier suggested we have a beer to loosen up, hair of the dog if you know what I mean. At one point we pulled over so Scotty could have a nap boy we were in rough shape. Fishing started to pick up and we were back on our game now. Currier and I were starting to get back into big fish while scotty rowed us onward. Like a light switch Scott started to feel better and he turned it up on the oars, giving us shots at fish to our right and left, guiding us hard and shouting when to set the hook. Our guide was back and I knew the fish were screwed. Currier and I beat fish up and drank more beer for the the next three hours. The last moment of the final day something magical happened. I jumped on the oars and put the boys in position to fish a dropoff and literally it was the first cast when they both hooked up to respectable fish and Currier an extraordinary Brown trout. 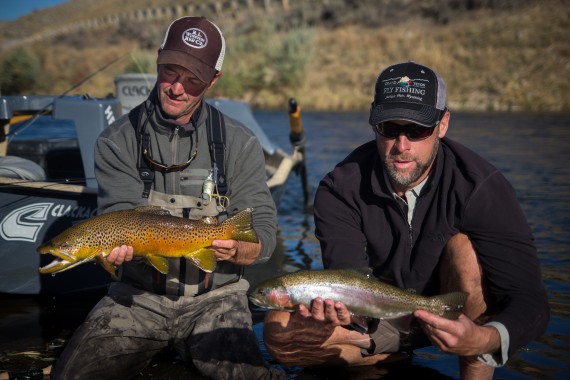 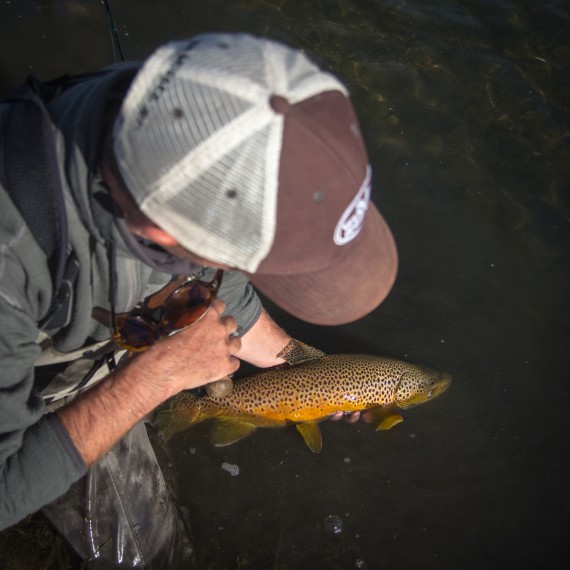 After a few photos, a verbal recap, and celebration we were at the boat ramp. It was time to say good bye to the other three as Ben Brennan, Scott Smith and I were left. We found a funny mexican restaurant and had a quick dinner then to bed, We had plans to wade fish a secret spot that next morning and wanted to be well rested. Our session was only two hours long the next morning. So after a quick breakfast and a short drive we got right to it. The weather was terrible and Scott didn’t bring his waders so we didn’t wander far from the truck this time. And we didn’t need to because with the light the way it was we could see fish before we cast to them. It was sight fishing at it’s best. 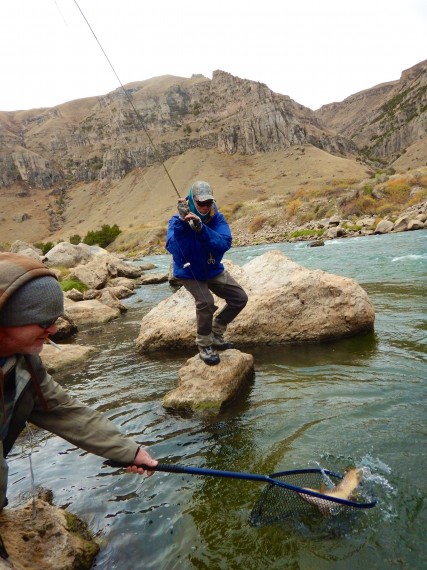 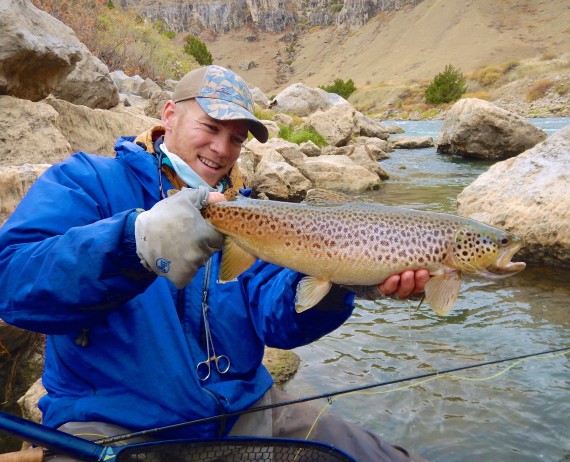 Fishing was superb that day and Im glad we battled the weather and stayed the third day. As always excited for what the future has in store for me! I cant wait for the next fishing adventure! I will leave you with a quote from Alfred W. Miller, “Go fishing often, for the trout do not rise in the greenwood cemetary”.