Scott Smith Paul Frank and I had an incredible day floating our favorite Snake River section yesterday. I had a whole list of shit to get done before my upcoming fly fishing trip to Sudan, Oman, and Dubai but when Scott called me at 7 am of course I said yes let’s go fishing. The weather was supposed to be beautiful and the overnight temps were not too warm to facilitate run off. After all, Scott and I had spent the day in Idaho Falls the day before and of course stopped by sportsman’s warehouse and loaded up on fishing gear which we were anxious to use (including jig heads…)

This time of year can sort of contradict itself as we have an incredible hatch of Skwala Stoneflies that are emerging, but the river is starting to go off color. An interesting trend that has happened since I was a kid. So it is important to take advantage of these idyllic conditions and get out on the river while your still able. Time waits for no man so you better make life happen. 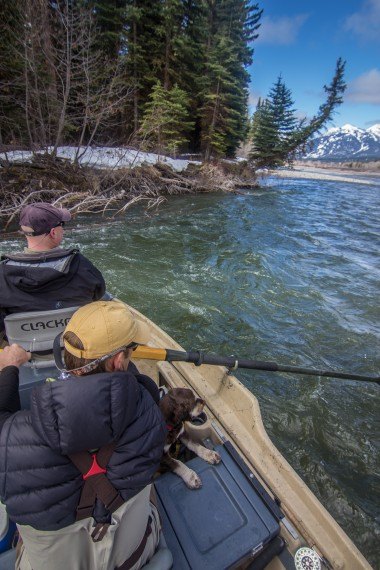 We floated 14 miles pounding the banks with big dry flies. It felt like July out there as the sun was shining and fish were gobbling big foam flies. We each took turns on the oars and fished hard and drank beers and laughed it all off. There wasn’t another boat in sight for most of the day. At one point I decided to take the boat down a skinny side channel hoping to hunt a leftover fish from the summer. Paul was up front and was of course telling a story and drinking beer and wasn’t paying attention to his fly line. It ended up under the boat in shallow water and was rubbing against the rocks, I told him to get it together up there mate, and finally he reeled in and was in control but it was too late, his fly line had mashed up against the rocks and was ruined.

He thought it would last for another cast, and as we drifted by some good looking water Paul put the fly where it should be and a big Cutty rose. At that precise moment Paul’s Fly line broke and he had to do a ragged dance with the biggest fish of the day. He finally landed the fish with his hands while we were all laughing. 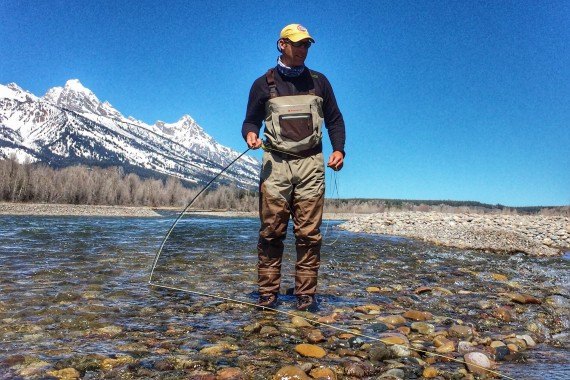 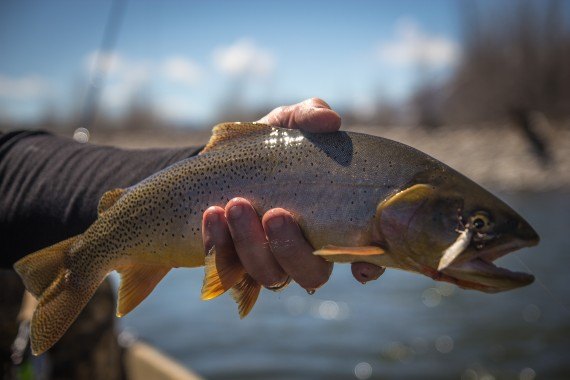 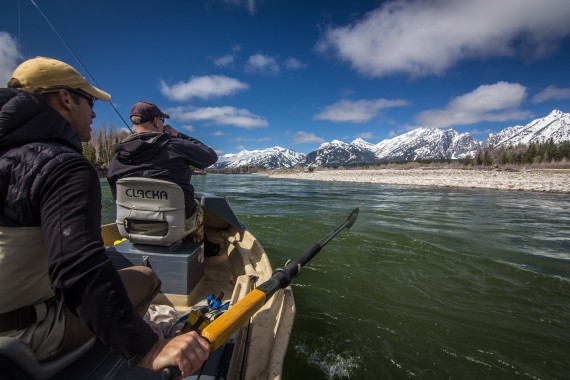 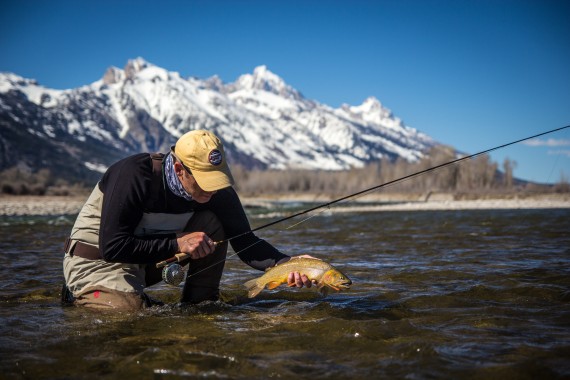 We are literally packing up the truck right now as we’re taking off for an overnight mission tomorrow. I have lots to do tonight including, find the BBQ, Tie a few flies, pack boat and truck, set coffee maker, organize gear, unload memory card, follow up emails, tie saltwater flies, make dinner, crack a beer and finish a book! 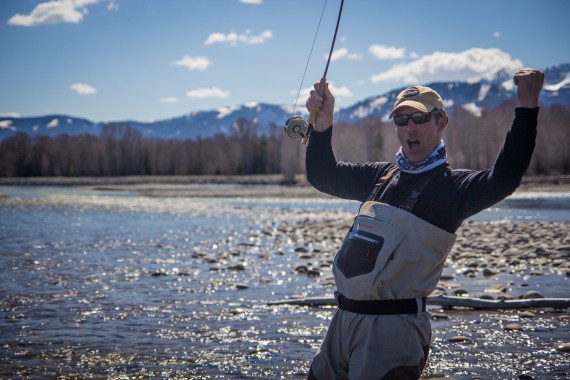