Day 4 – It’s just something you feel

After a somewhat rowdy night (Middle Eastern standards) I was able to sleep in a bit this morning, which was necessary as I had now developed some sort of sinus infection due to the constant dust and dirt in the air, combined with the 110 degree consistent day time temps and the air conditioning everywhere. I was in rough shape. I slept it off for a bit today and eventually mustered up the energy to meet the entire crew for lunch. The boys had fished the morning session with Nick Bowles, owner of Ocean Active. Our plan was to have a mellow morning while the other boys fished the morning session we would trade off after lunch. After our big night out in Dubai last night we were all brothers at this point and I will introduce the other 5 guys to you now. Russ Schnitzer – a photographic genius, Russ has accomplished a lot and has an incredible quiet nature about him. One of the most passionate fly fishing photographers and film makers around, Russ has carved out an incredible life for himself. With hard work and determination Russ is lucky to follow his passion with a fly rod in one hand and a camera in the other. Michigan Mike LaSota – Mike is the only person I knew on this trip before I signed up. I have fished with Mike for years, and have chased wild brown trout in Yellowstone, Steelhead in the PNW, and Tarpon in the Florida keys. Mike is certainly a big brother to me and I know he has my back at any time. Mike will be sure to tell you what’s on his mind whether your making shitty casts or stripping too fast on an incoming triggerfish. Mike is a solid rock and will tell it like it is. Matt Rice – Works for an incredible organization called American Rivers, a national non-profit conservation organization dedicated to protecting and restoring America’s greatest watersheds. Matt has a contagious zest for life that carries well beyond his knowing. Never a dull moment or an awkward one, Matt is an open book. He meets life head on and is an amazing person to be around. Wade Arnold – Steady Wade quietly made noise the entire trip. A quiet thinker, a great story teller, Wade was always chill. Somedays I looked terrible and uncomfortable and dirty and sweaty beyond comparison while Wade always looked clean cut and put together. You could tell Wade was an incredible father. Wade never got worked up at all, he was the kind of guy I would want to have by my side in a foxhole. Michael Bosma – Mike B, owner of Rubicon development in Boulder CO was the comedian of the group. The gentle giant that always made us laugh. He was quick witted and hilarious. Sometimes I just felt like laughing being in his presence. Mike had never traveled to a crazy place like this and it was really cool to see how he would quietly reflect at times. He was the only one that brought a book to read. Mike was an independent thinker and I really appreciated his curiosity about the world. 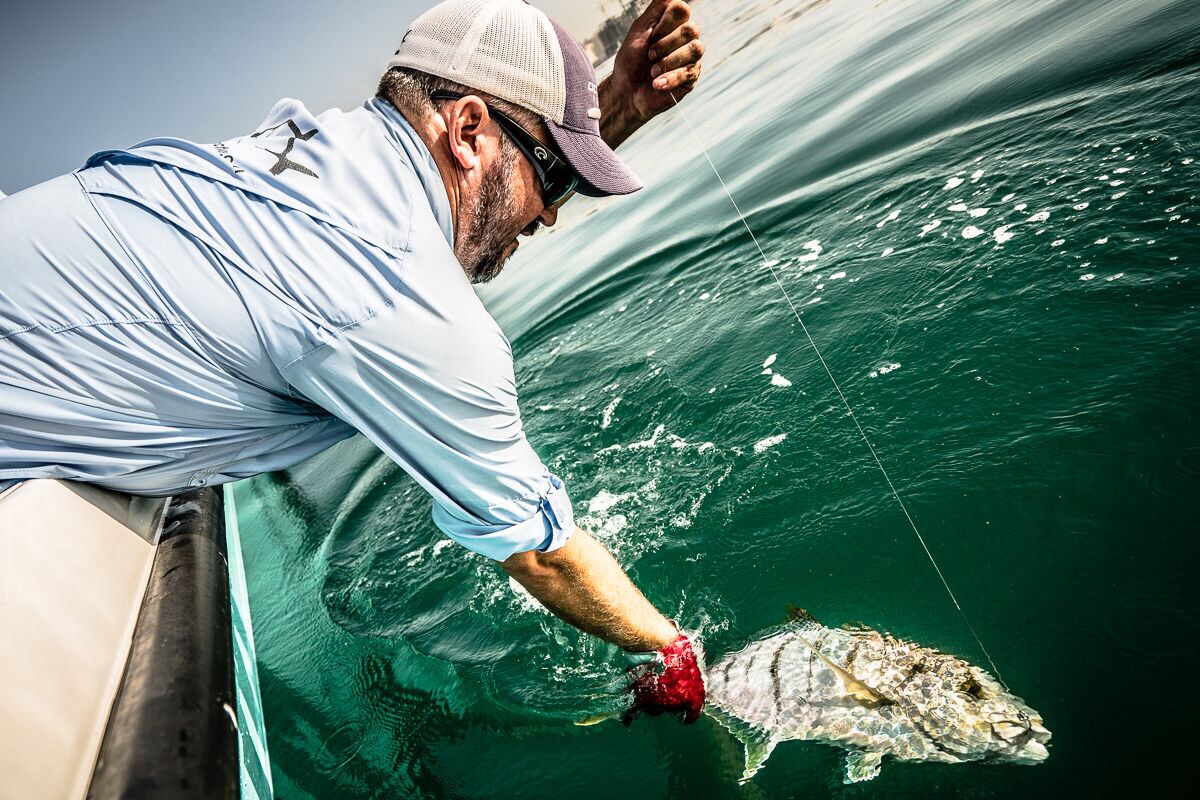 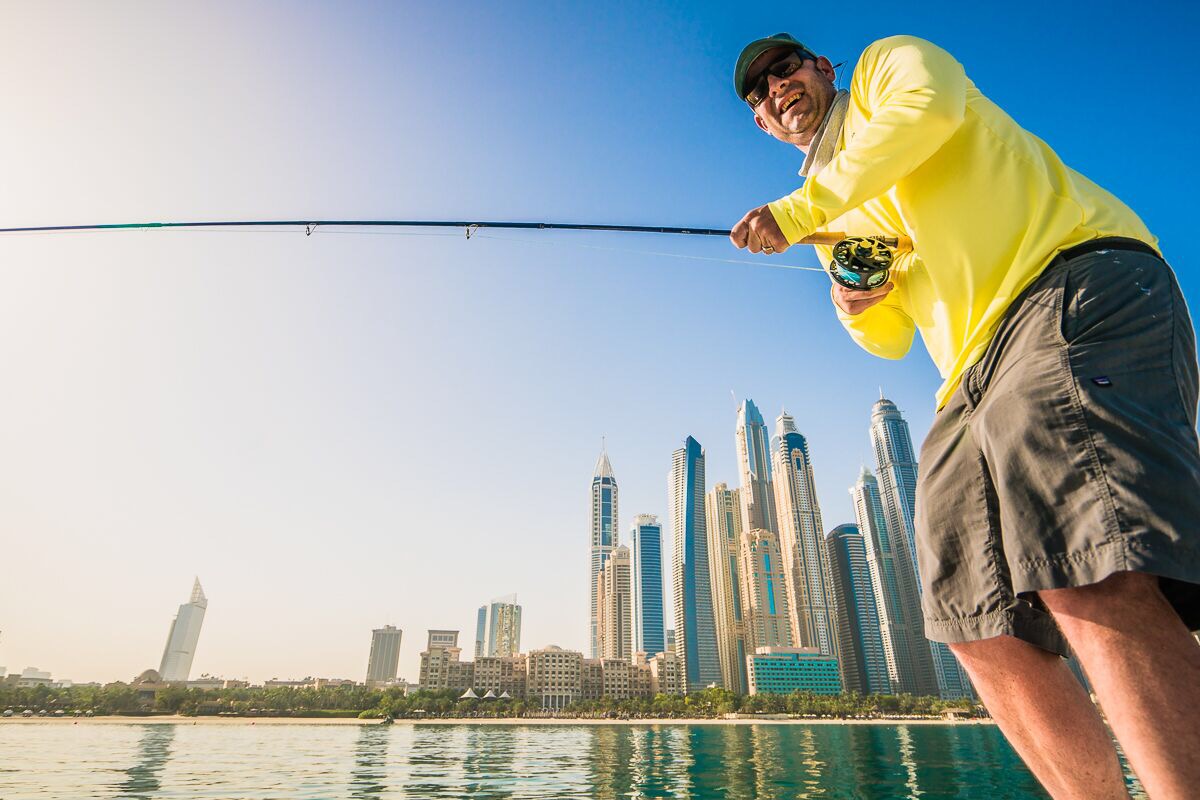 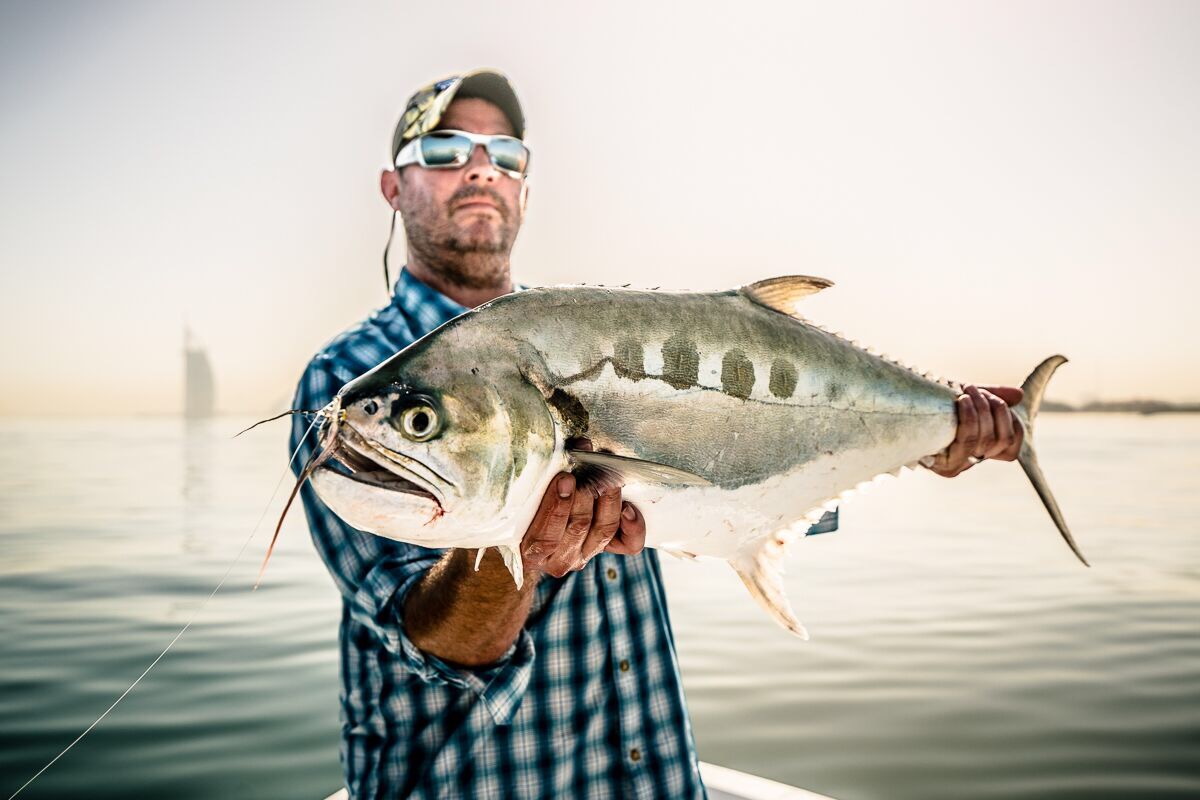 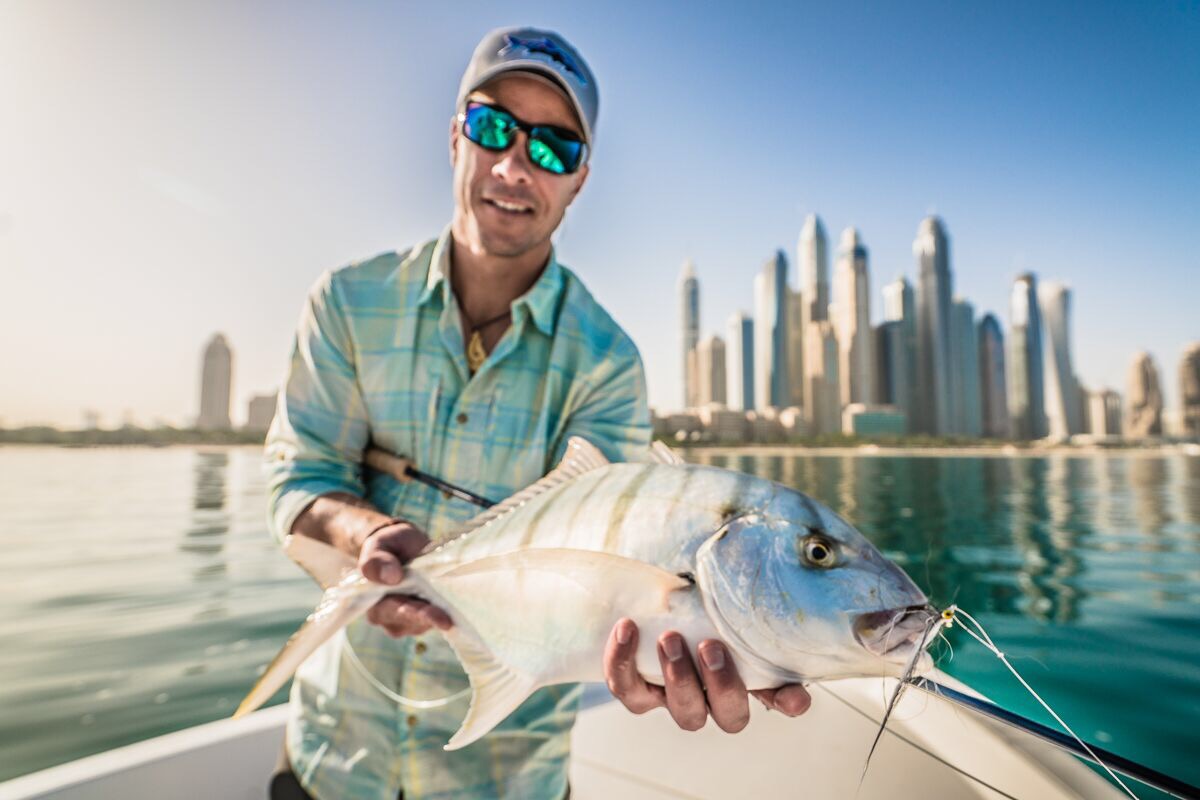 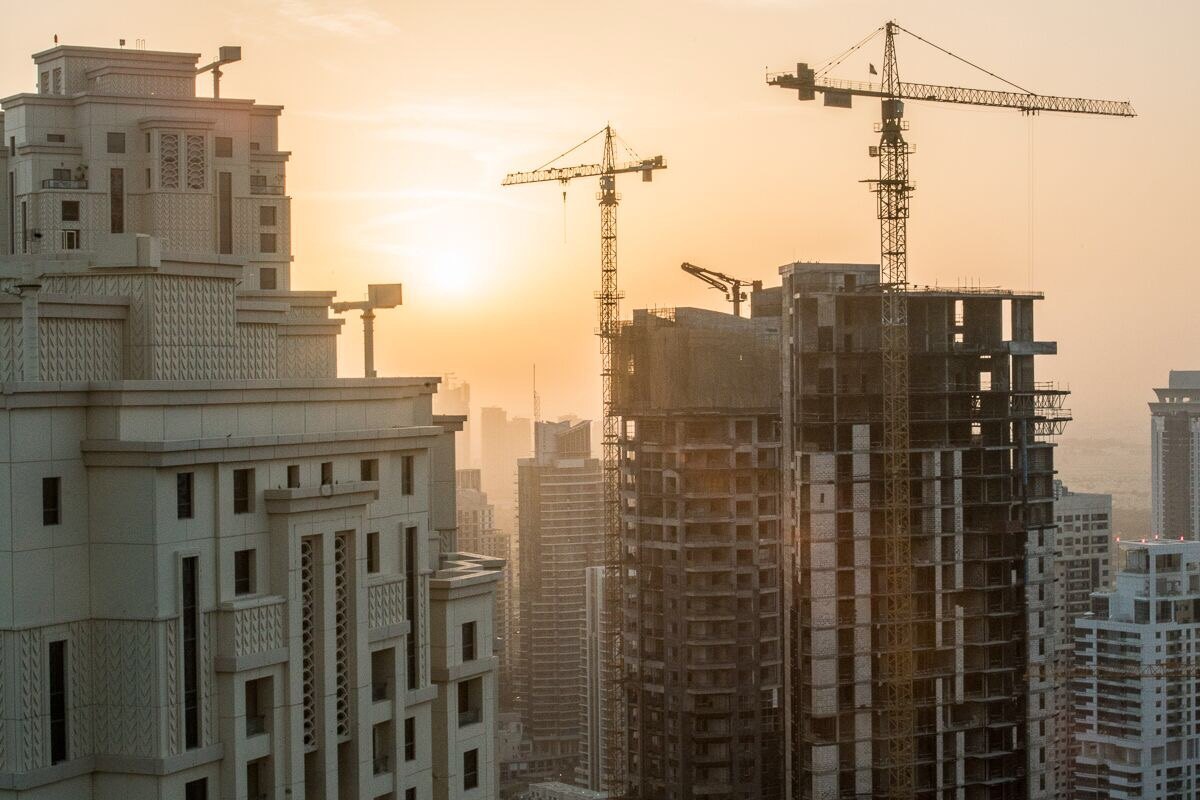 We ate a quick lunch and alright we had a few beers too. Mike and I said goodbye to the boys and left with our Capt. Damon and his first mate Anura. Dubai is a wild place. We fished the afternoon session amongst the sky scrapers while catching numerous Queenfish on the fly. These Queenies were much smaller than the Queenfish we found in Oman, but we caught shit loads of them! For a few hours we were catching fish on almost every cast while Damon was there with the teaser. It was pure brilliance! 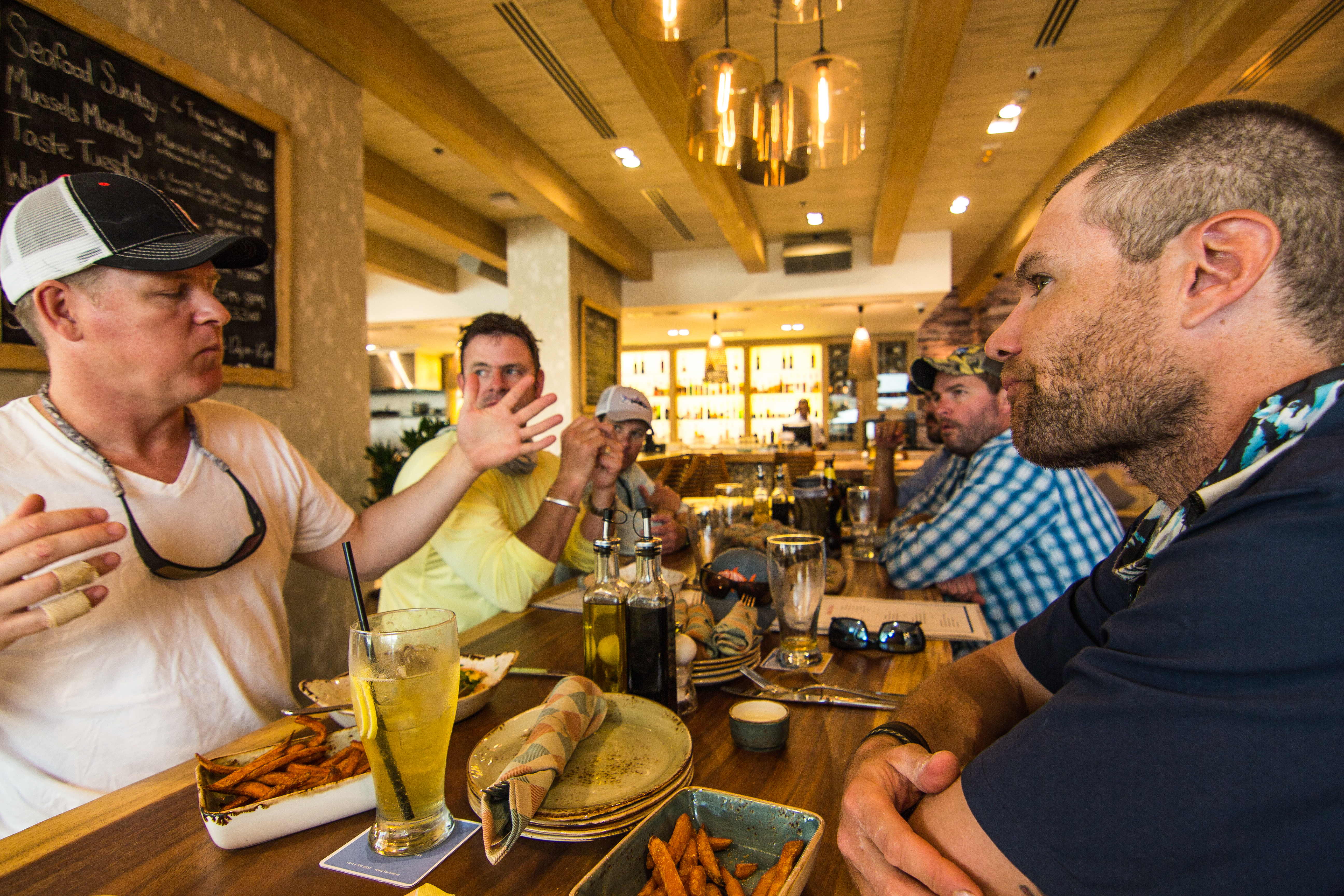 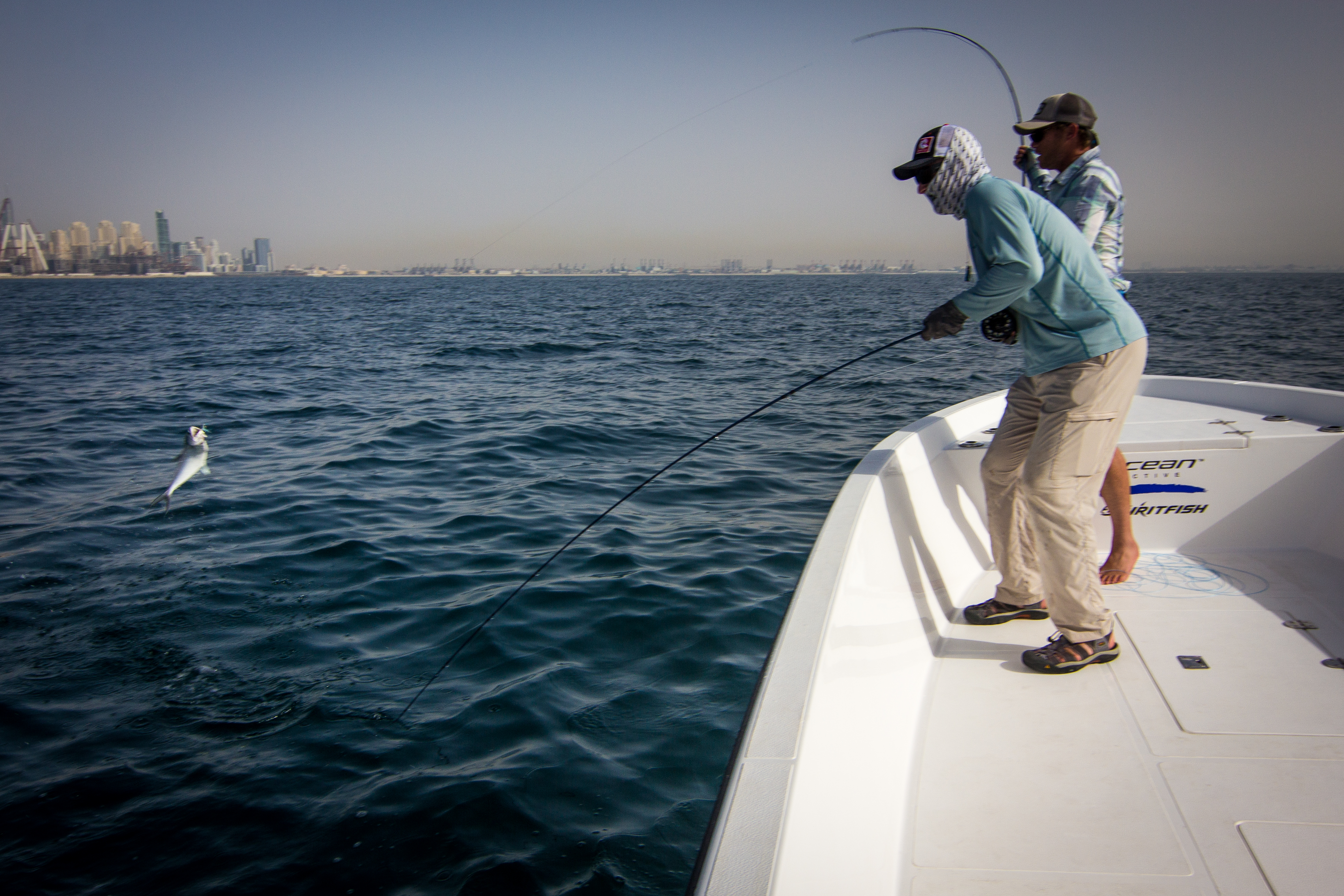 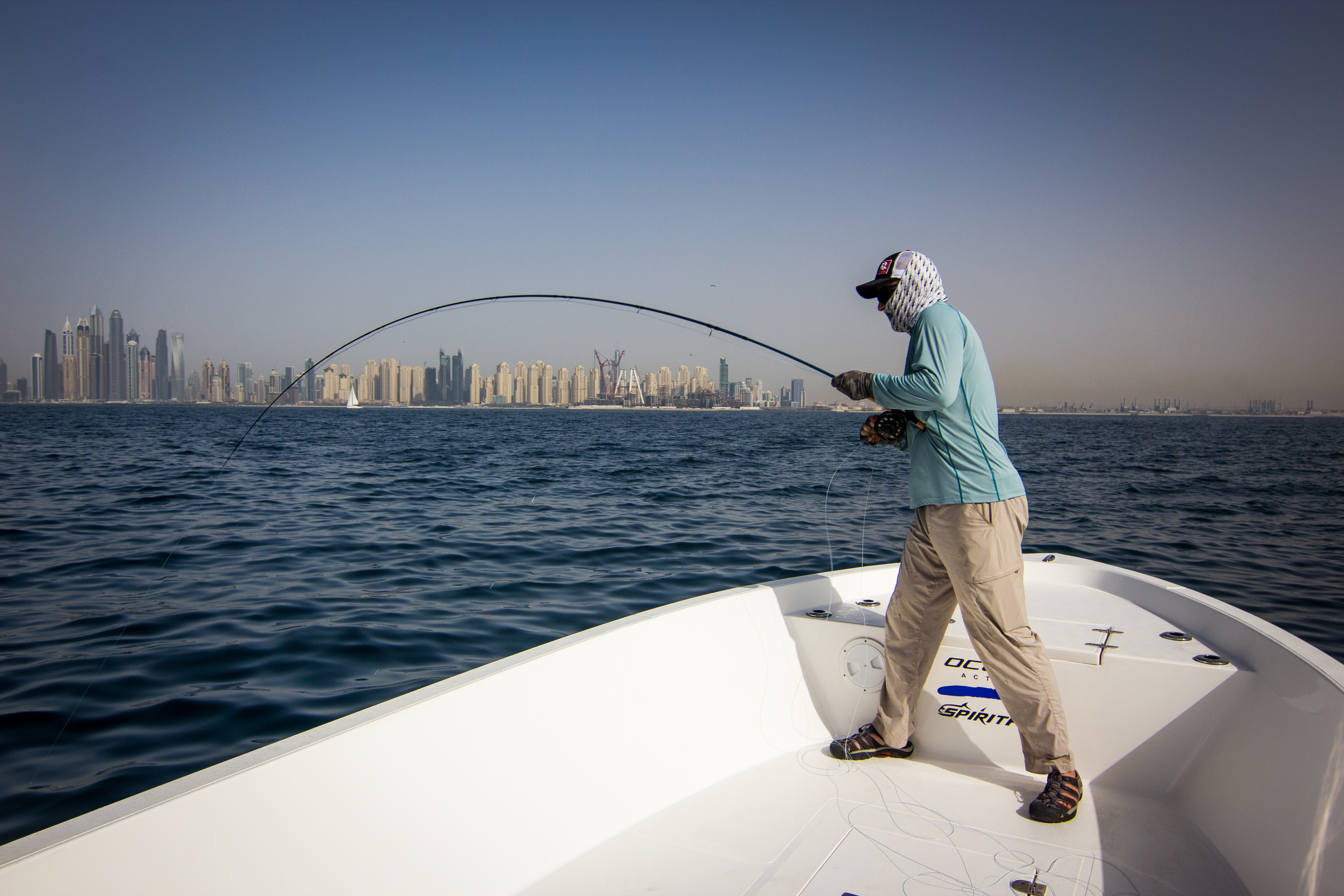 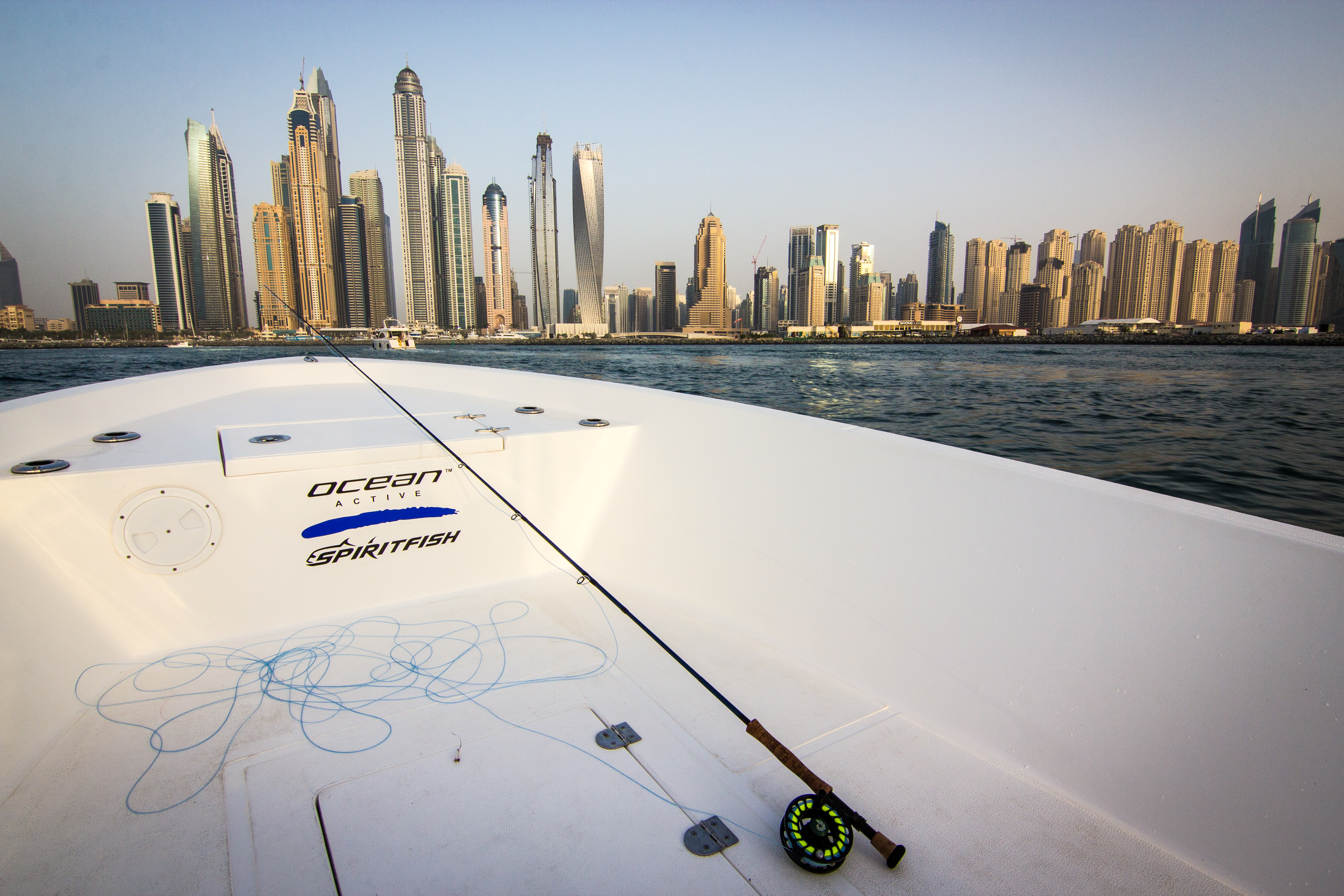 That night we were invited over to Nicks for an epic BBQ. Nick made delicious steaks and sausage and local dressings and salads and pasta. It was ridiculous. He just kept putting these delicious ice cold hard ciders in my hand under the desert night sky and I just couldn’t resist. After a delicious meal and socializing and lots of good wine I fell asleep on the trampoline. I just couldn’t help my self, Life was so damn good and tomorrow we were leaving for Sudan to start the next portion of the trip. I craved the world and it’s fleeting moments that night. Thankful to Nick Bowles and his wonderful wife who made me laugh a lot that night and all the amazing friends I have met around the world through fly fishing. We all speak the same language, just with different accents. 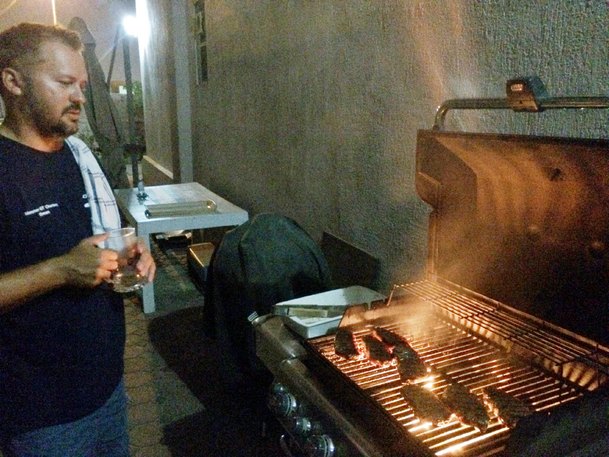 And you, if I have shared a quiet bend in the river with you, if we have looked out over a setting sun and caught the evening rise, if we have opened a beer and floated a river, if we have gasped at the little moments that fly fishing brings us, then I am grateful for you.