Michael, Cady, and Catherine from Humbolt, and Connor and Laura from Houston. Both new sets of friends. George and Eligh getting there butts kicked on Lewis Lake, then Jeff, Ben, and Nick putting on a whitefish clinic from SLC. Also had the pleasure of fishing with Sam and Pete who were first timers from Illinois, both teachers who had never fly fished. Fished the snake with Sean Fitzpatrick who was pretty much a down right legend (friends with Marty Manoni so duh). The weather took me and Ken Jaycox South of town where we had some of the best fishing of our lives. A time I will never forget. Had the pleasure of fishing with George and Robbie, life long friends and fish heads. Pretty sure we cracked our first beer around 8 am that day. Fished till dark. Fished with two amazing kids from New York named Joe and Steph and I won’t lie, we pretty much got skunked that day (Joe if your reading this I owe you one.) Got to fish and catch up with my good buddy Michael Zinke too and I’ll be as tight as dick’s hat band if we didn’t smoke cubans and crack a bottle of champagne that day. Deak and Doug had a great day on the snake too and tensions were high when Deak broke off the biggest fish of the day. I’ll remember that one for a long time Deak! Then I was lucky enough to spend two days with some great guys who are pretty much mentors to me in life, trucks, hunting, and fly fishing. Willy T and B Robertson. Literally 12 hours later I was meeting up with my good friend Steve Buck who I have been fishing with for years. We spent two days together but had a really tough time due to hot days and bright sun. We still went out for dinner and celebrated the glorious days on the river together. Then I took Henry fishing and he was the self proclaimed summer sausage maker who gave me his recipe for wild game. Then there was my friend Lynn Larsen who caught a massive brown trout on a cast that shouldn’t have! It was the biggest trout so far this summer and made the whole day! Life is good. Had the pleasure of guiding Bob and Aiden Zinke the next morning and boy we fished hard. It was great to put little Aiden on fish and watch him miss a few too! Fly fishing will teach you much about patience and life my little man! It was a pleasure to guide Steve and Jeff the following day and watch while Jeff set the hook too hard on a little fish that came flying towards us in cartoon like slow-motion which hit him in the head while he tried to duck and fell over in the boat! He landed hard and spooked all the fish within a mile. Luckily we laughed for most of the day because of it! Then there was the celebration of a fabulous woman’s birthday named Dianne Roush. 11 boats all together competing for big fish while celebrating the day. Never had such a big and delicious shore lunch with so many great people in one place! Gregg, Dianne, Nick and Angela cheers to you guys for fishing with me that day! It sure was beautiful! #doublehumpy That brings me to the end of the month where I was lucky enough to spend the day with Debbie and Scott, two great people from Oklahoma. We tried to meet for drinks later but it usually never works out. I then spent the day with two great guys, Sean and Zander. Sean and I made a bond that transcends fly fishing as we tiptoed through the grass and sight nymphed a big cuttie in water as wide and deep as a bathtub, with only the leader out of the rod. It was an incredible experience Sean! Zander graduated from JG School of fly casting that day and learned a ton and has a new appreciation for the sport. Hopefully Alan and Kathy had as great a time with me as I did with them. It truly was a pleasure seeing you guys again! On the last day of the month I was lucky to guide Dan and John from Jersey. We had a great time together as always. I think John showed Dan a thing or two about trout fishing that day. Congrats John on catching that big boy Sebastian! 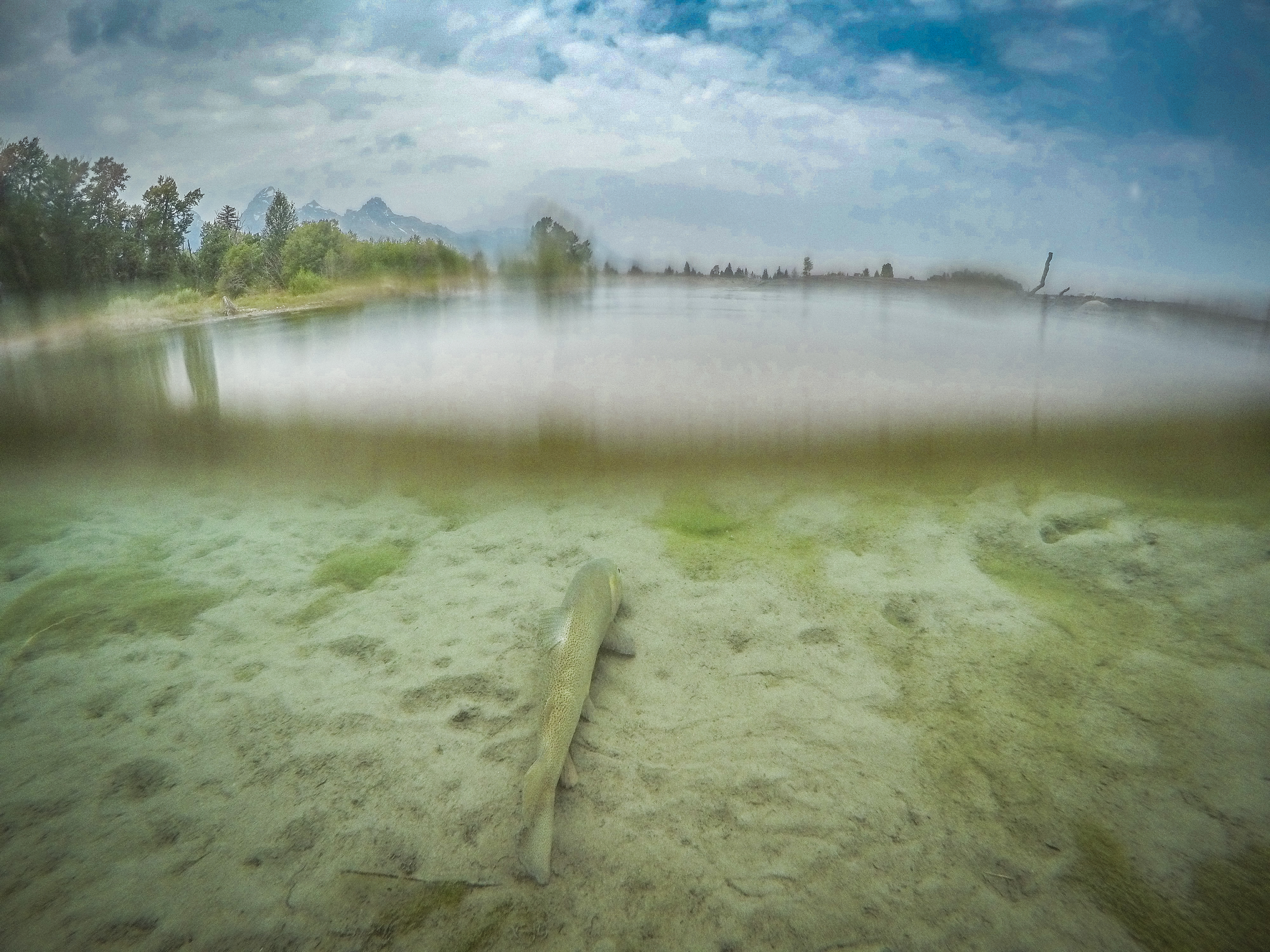 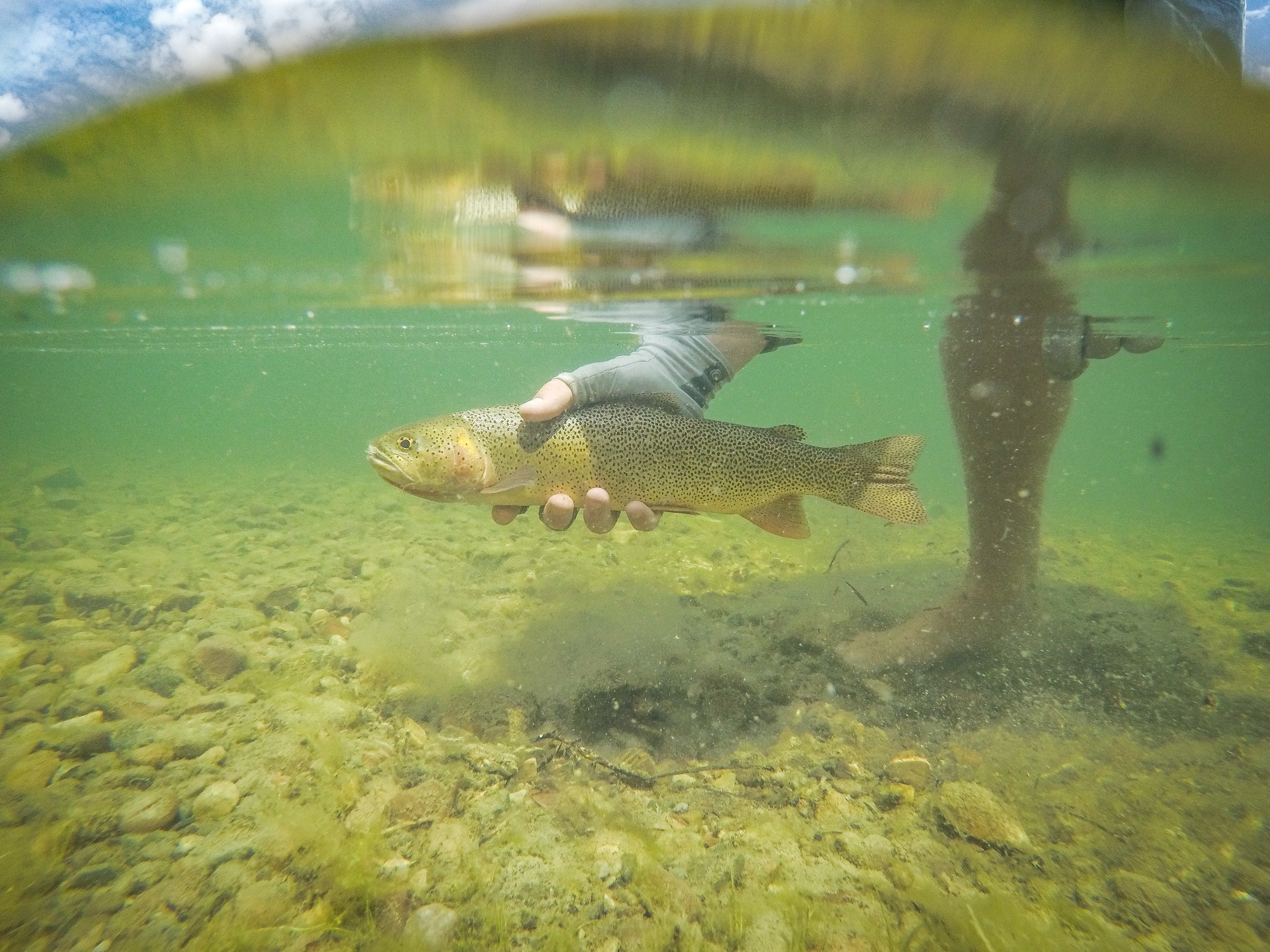 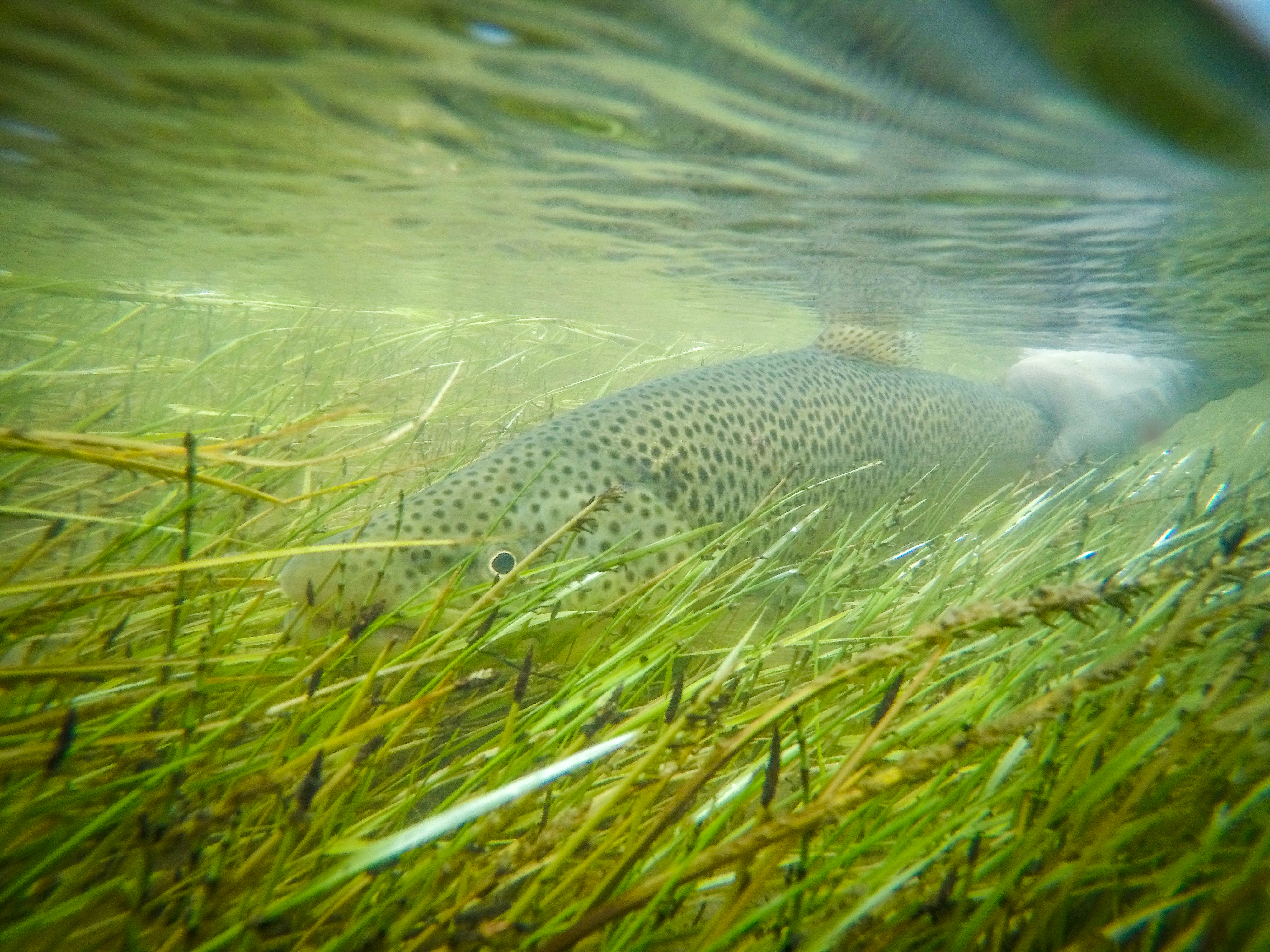 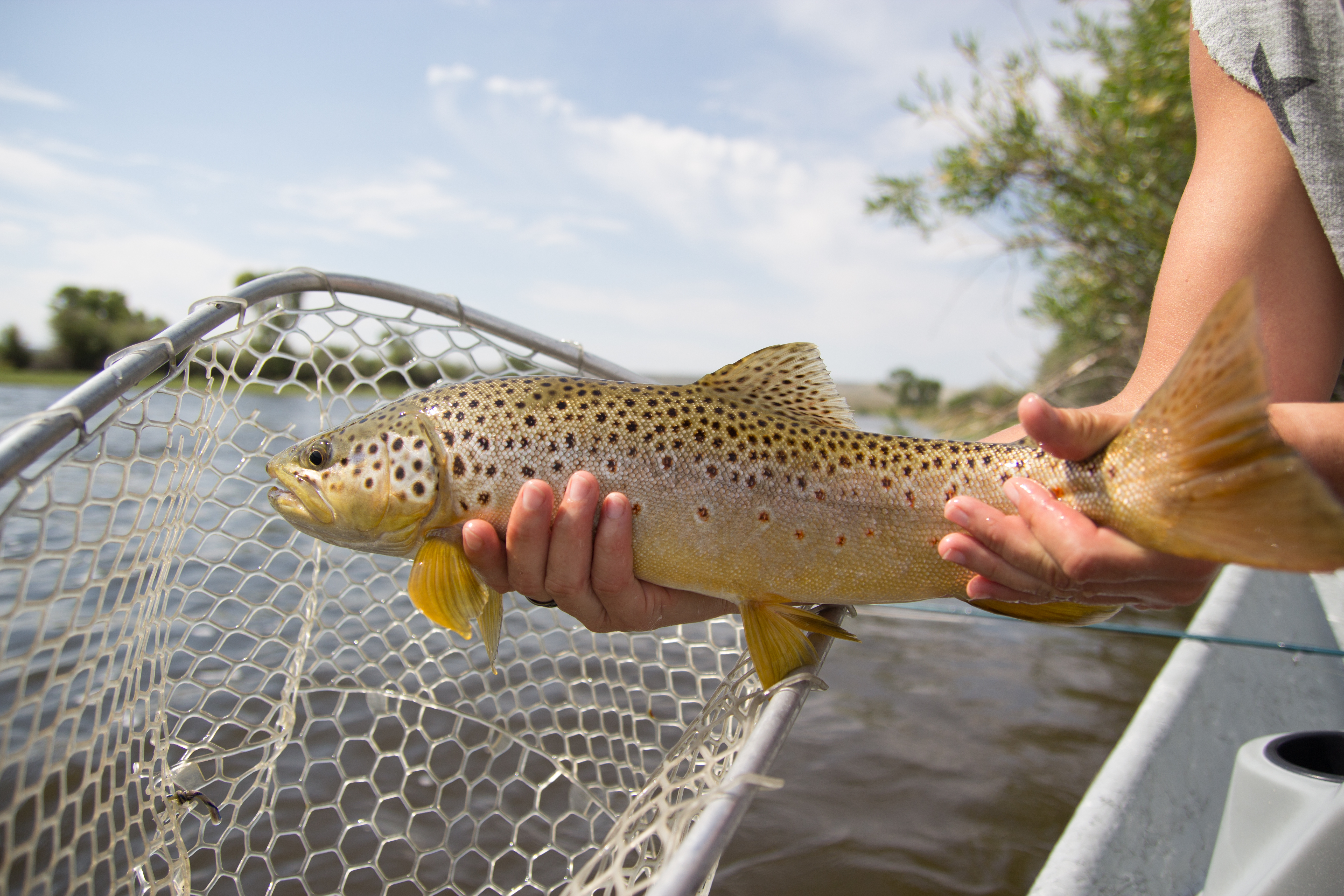 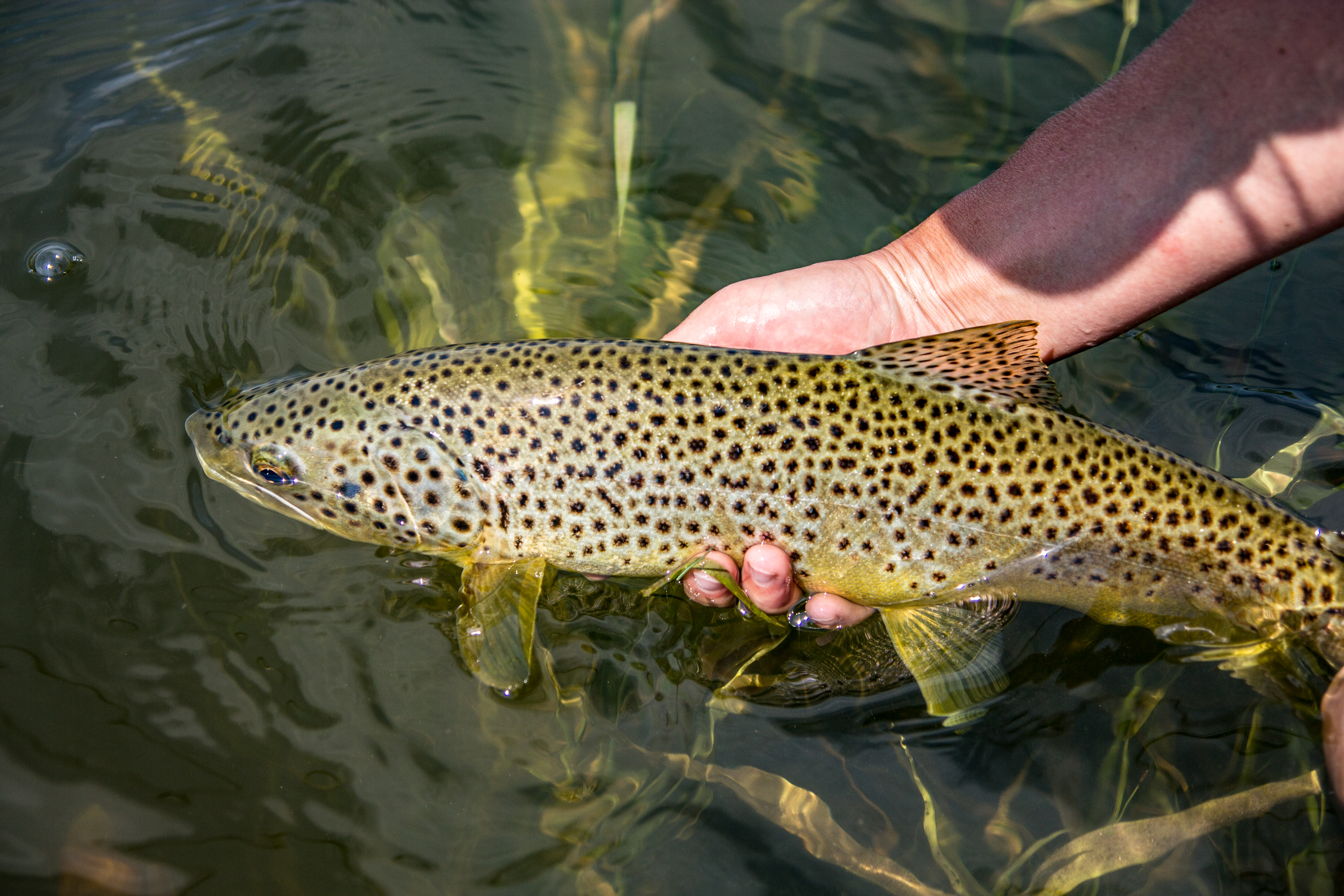 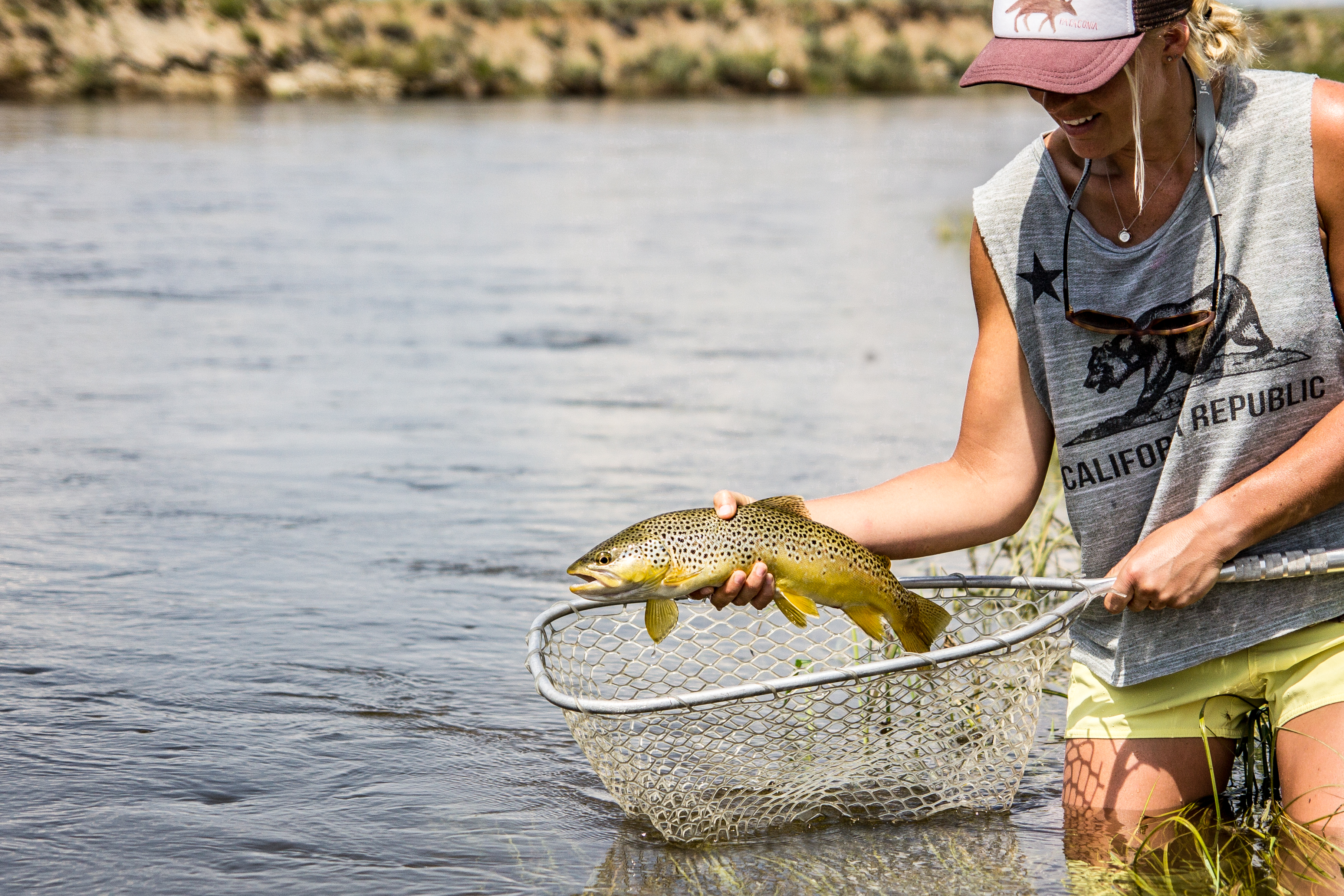 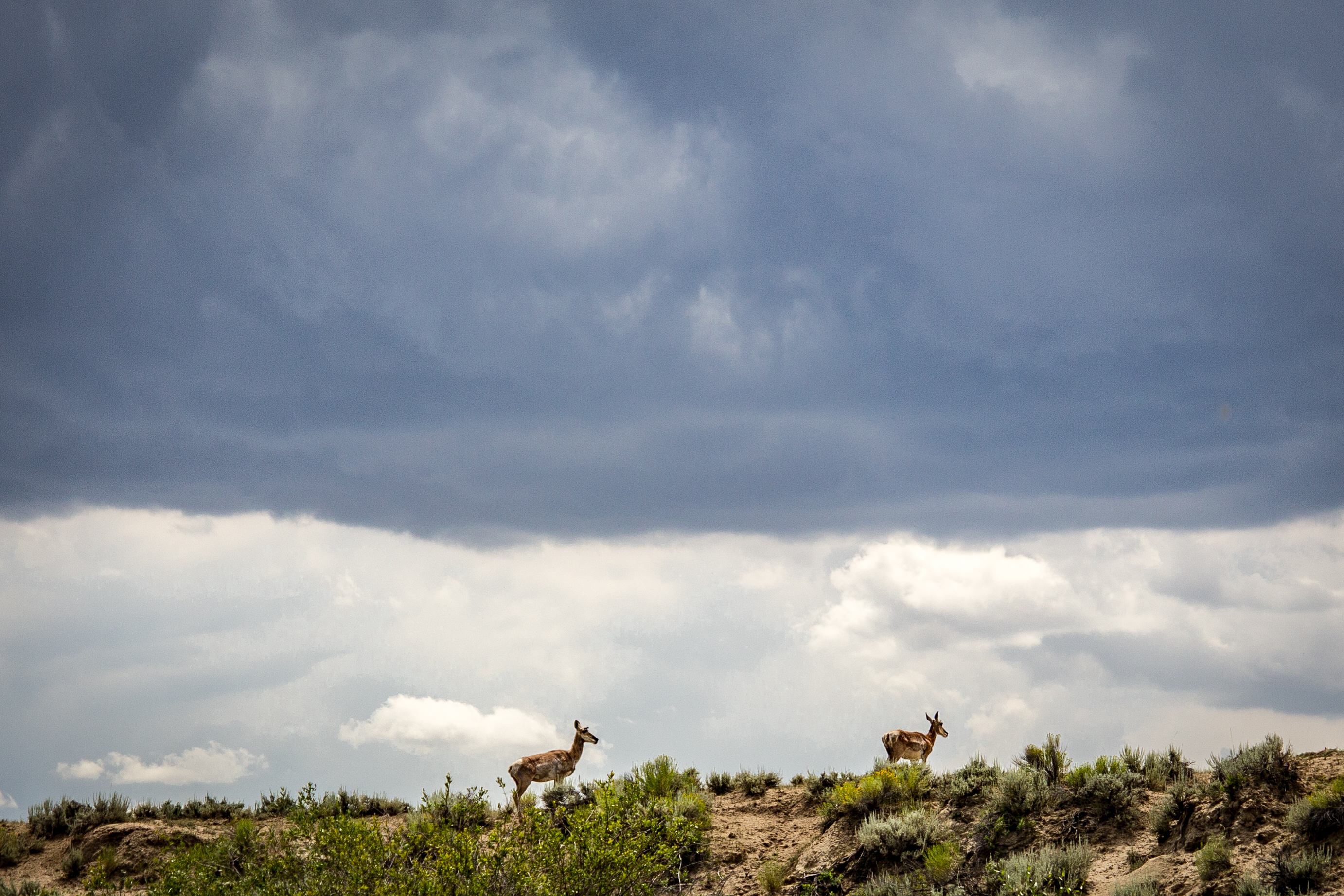 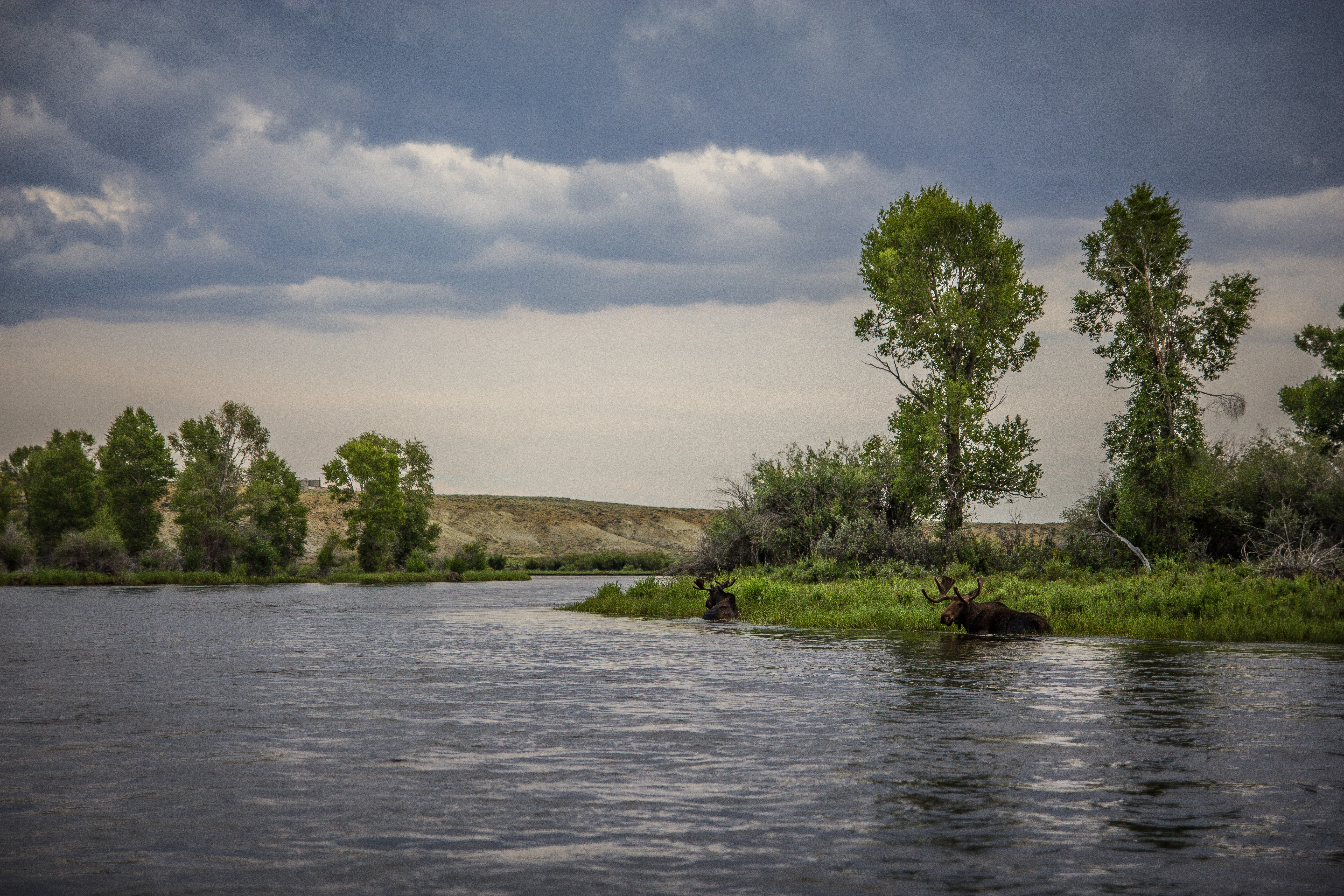 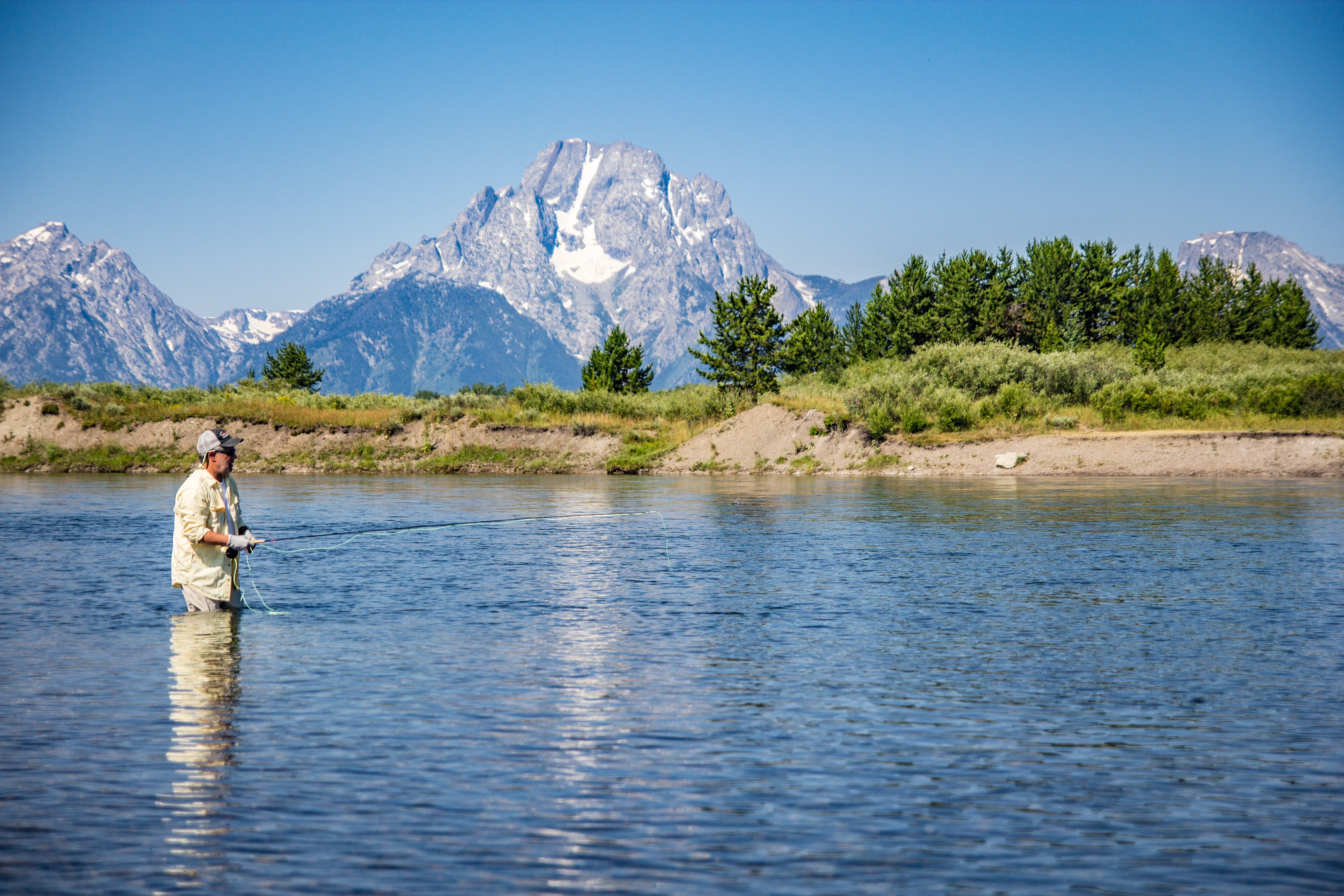 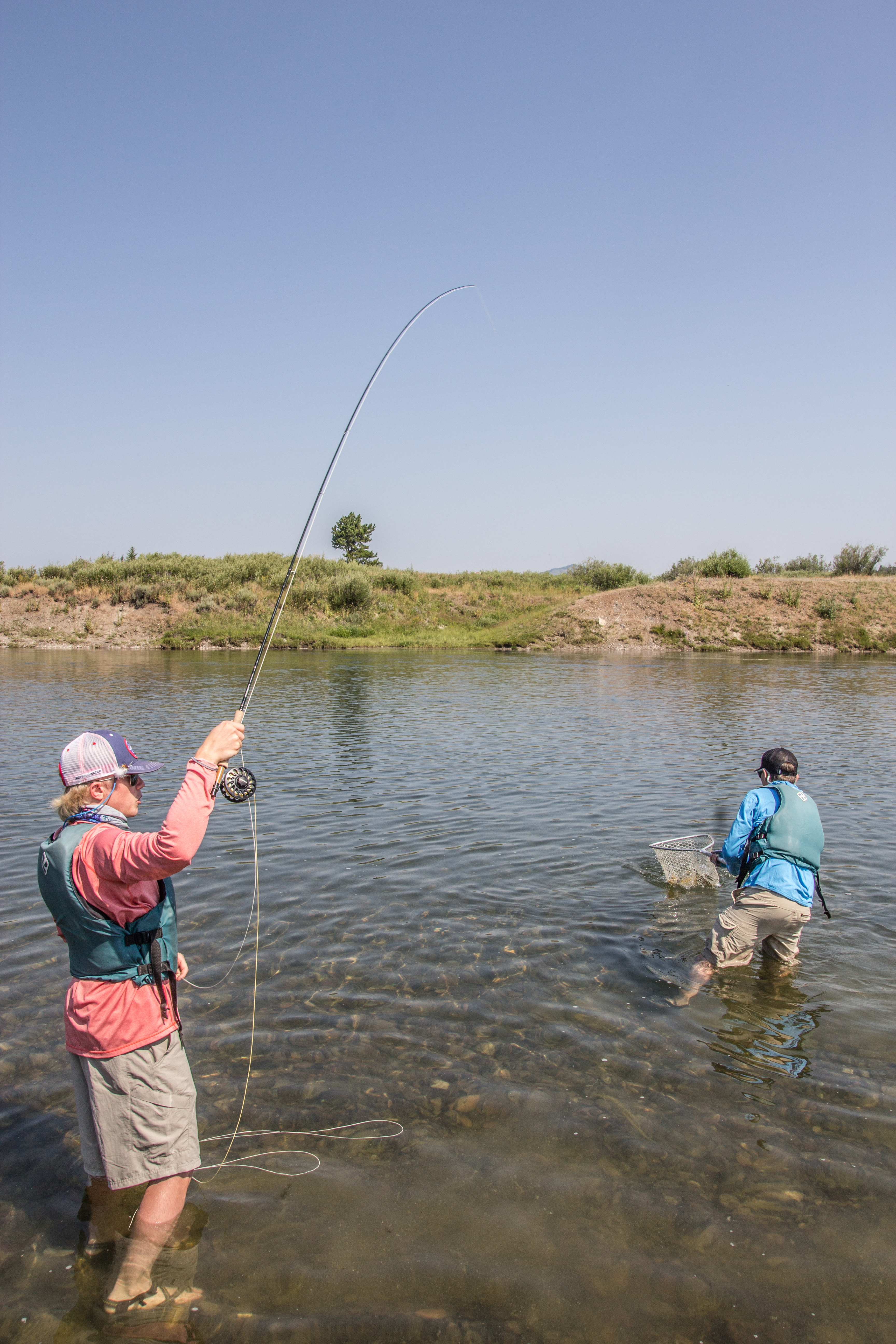 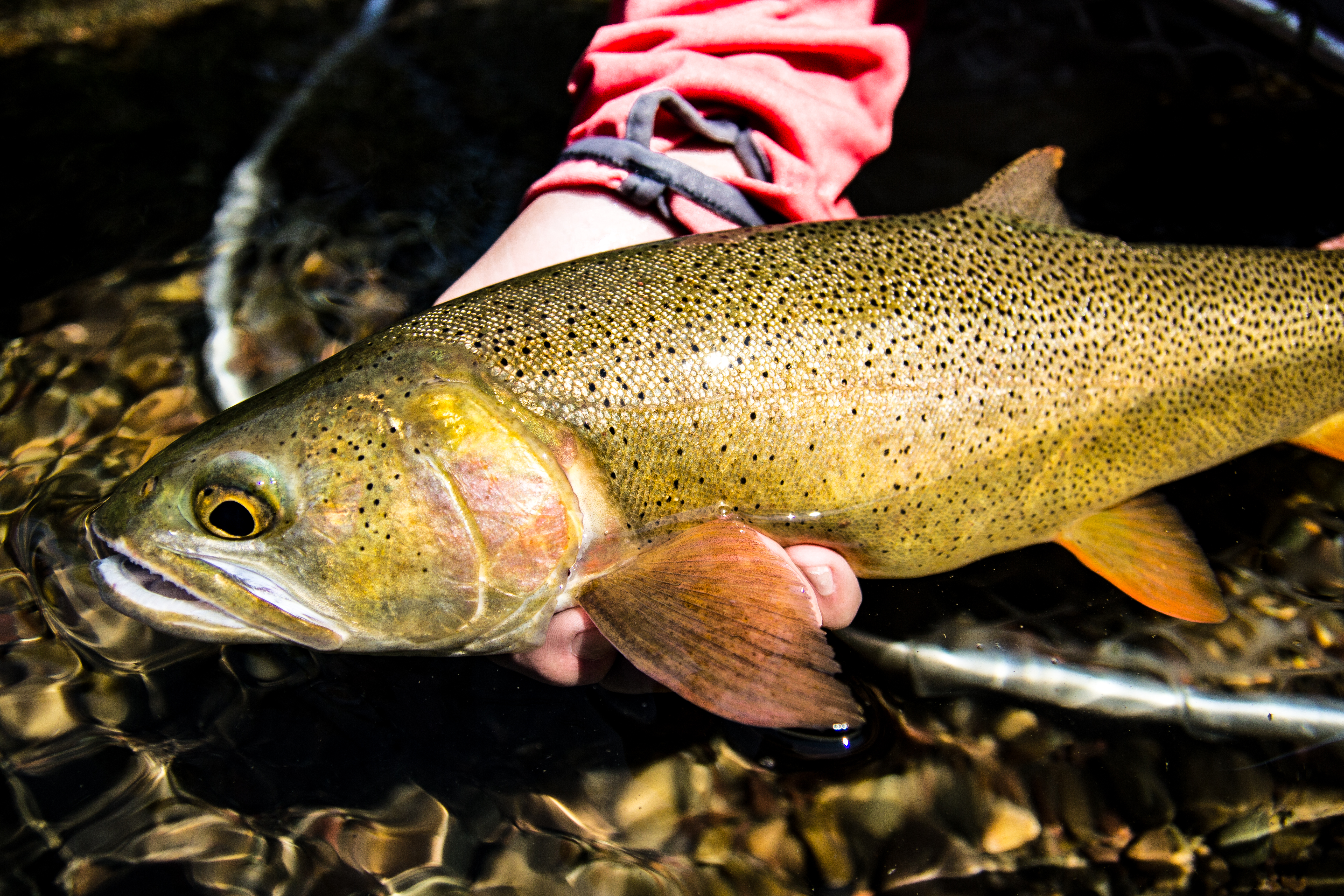 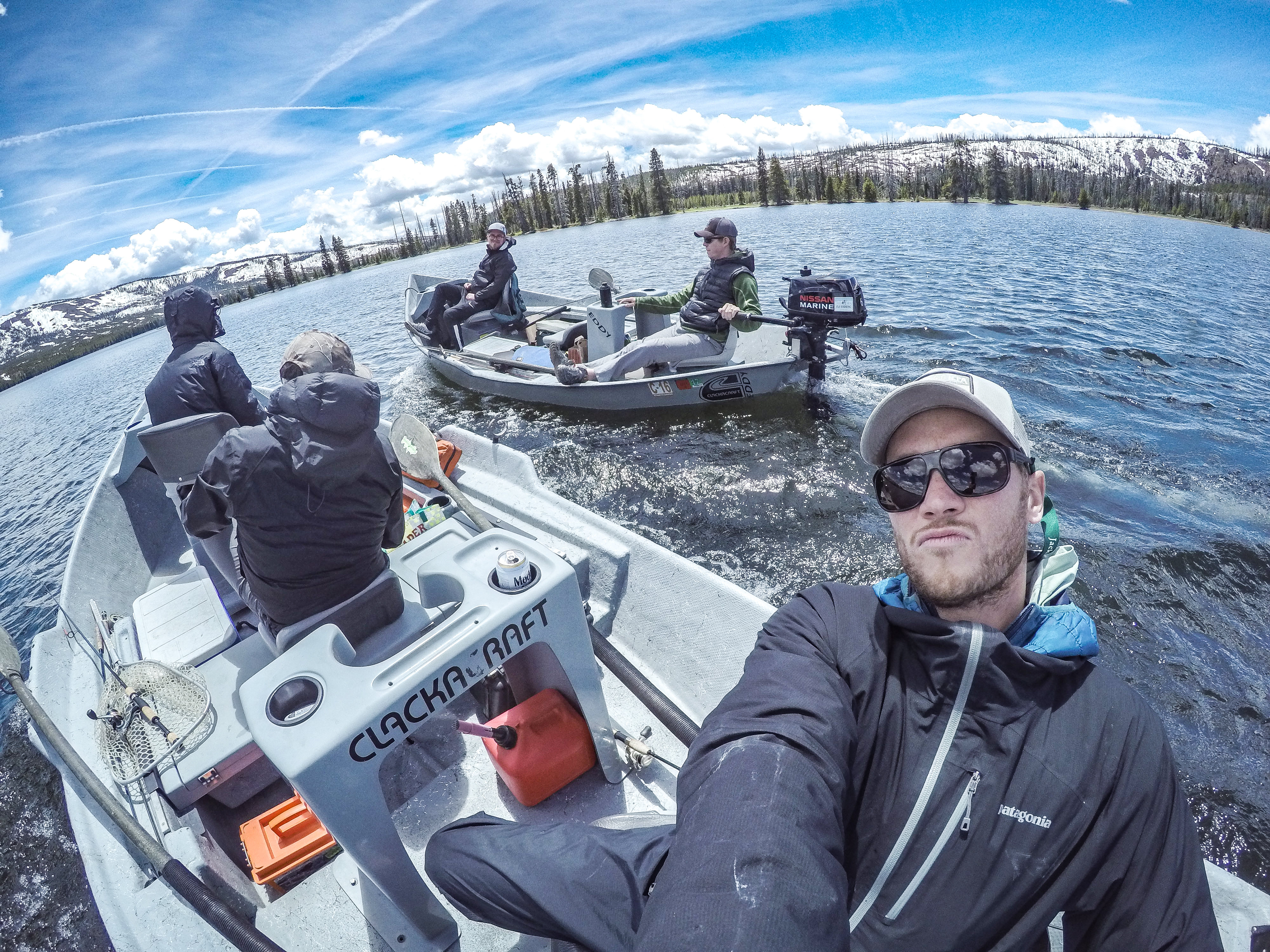 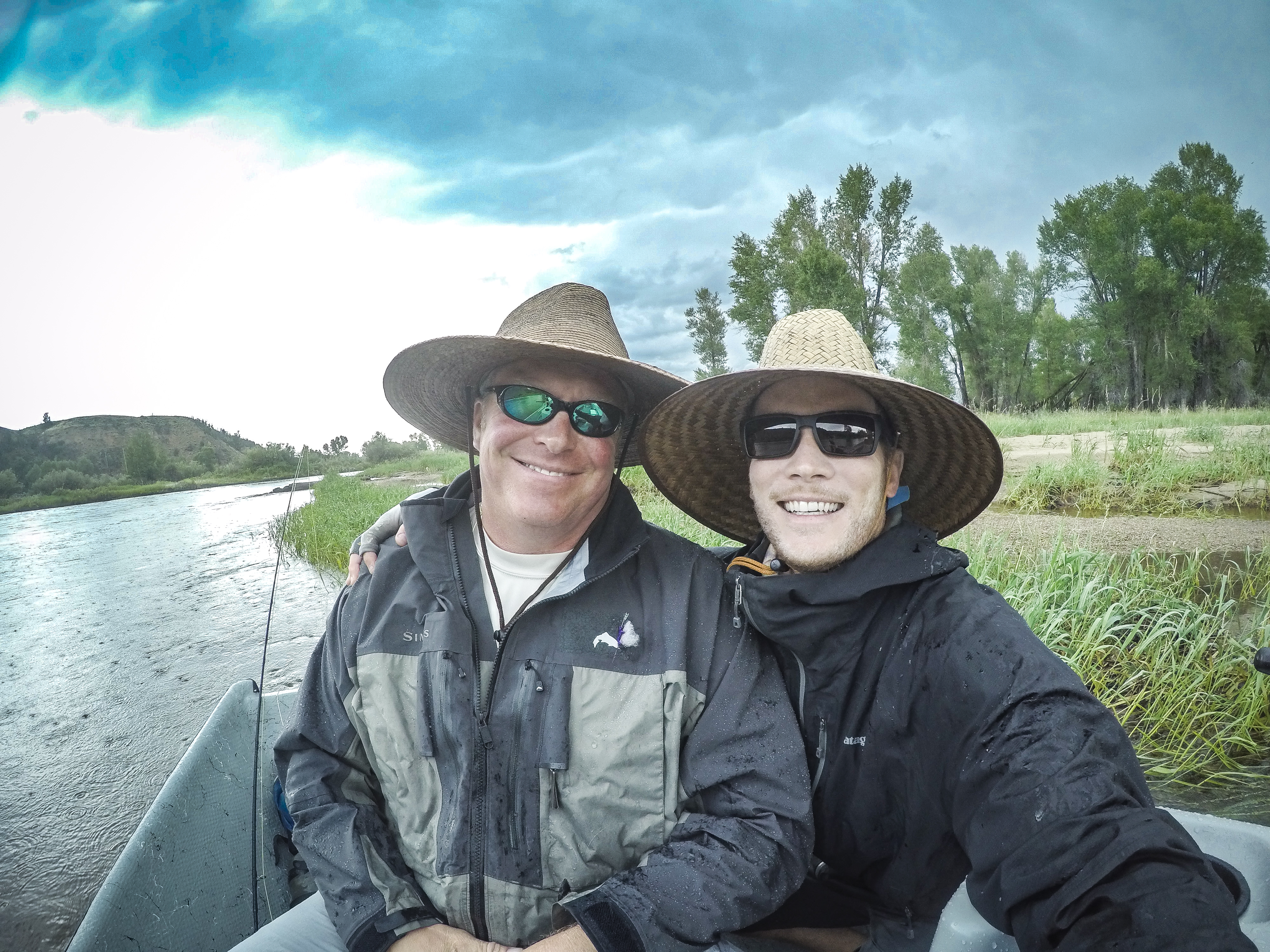 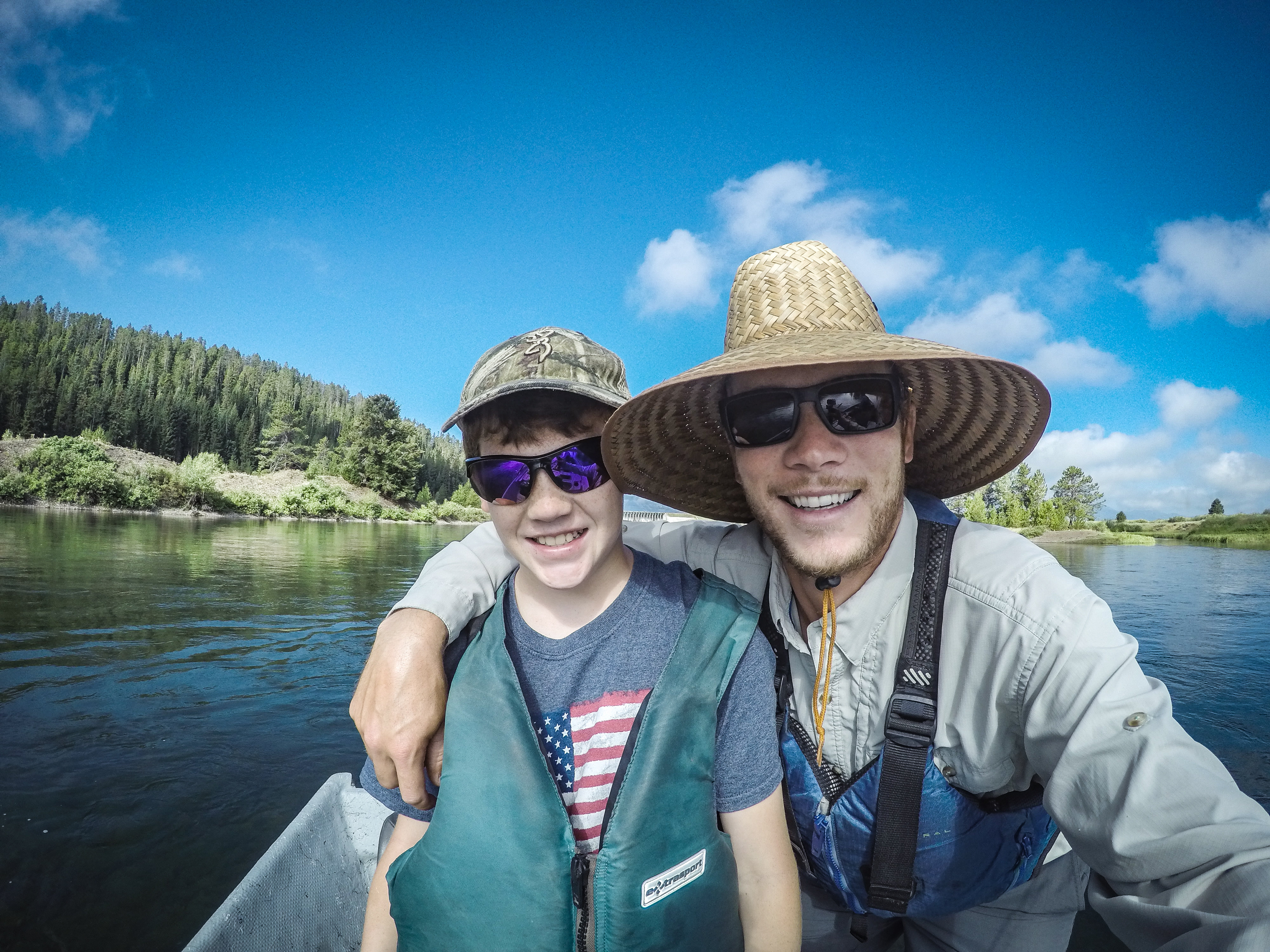 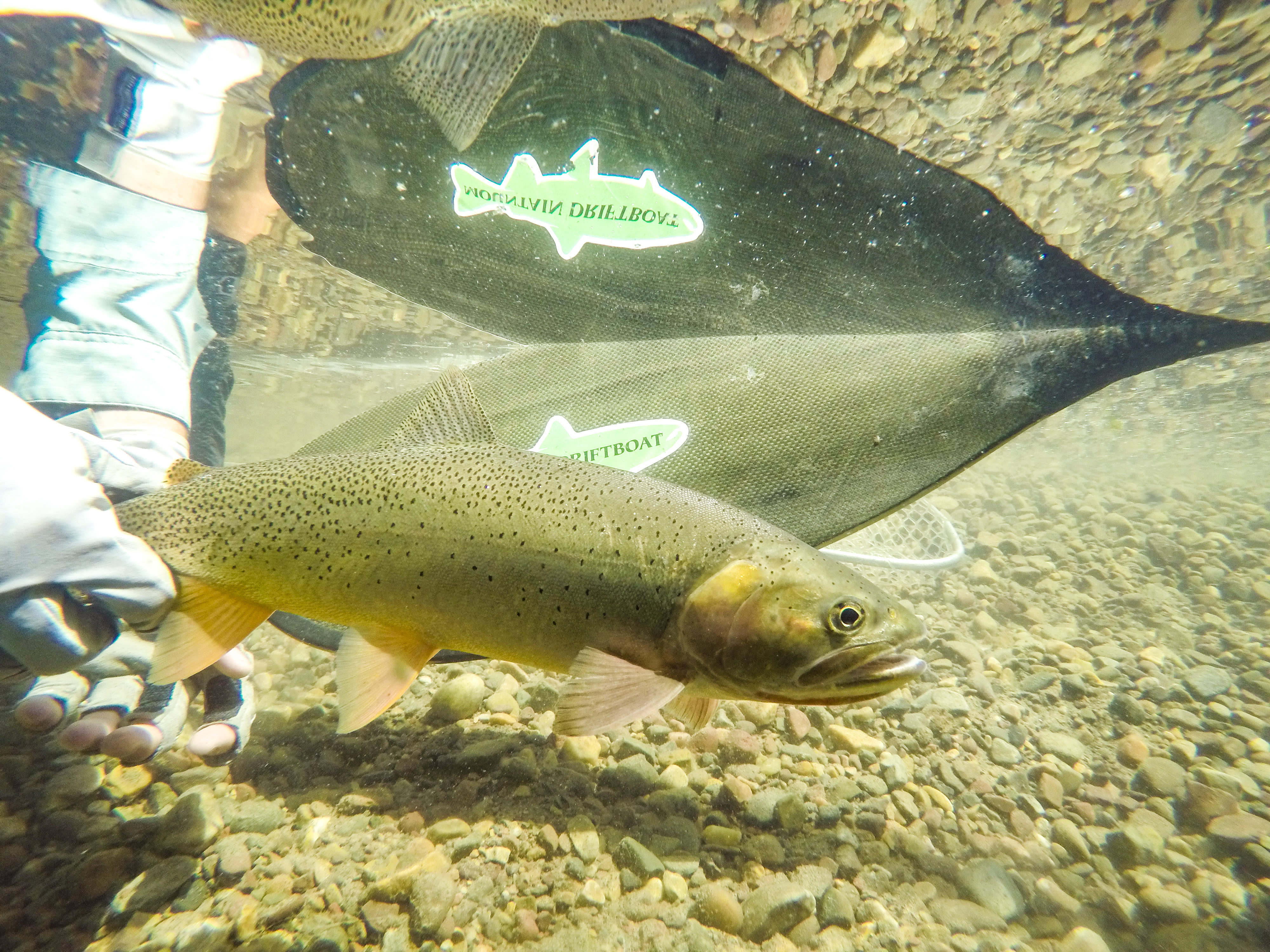 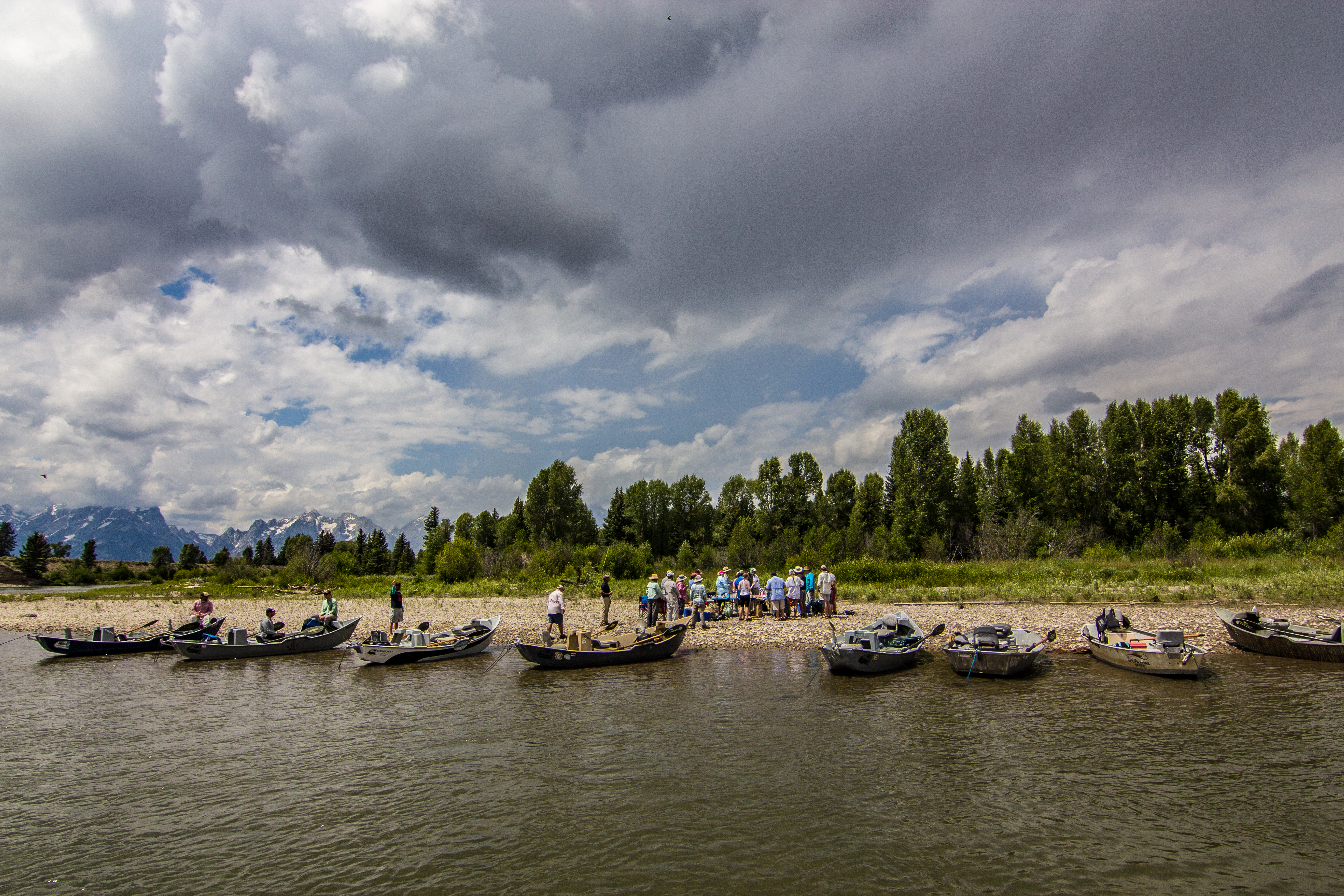 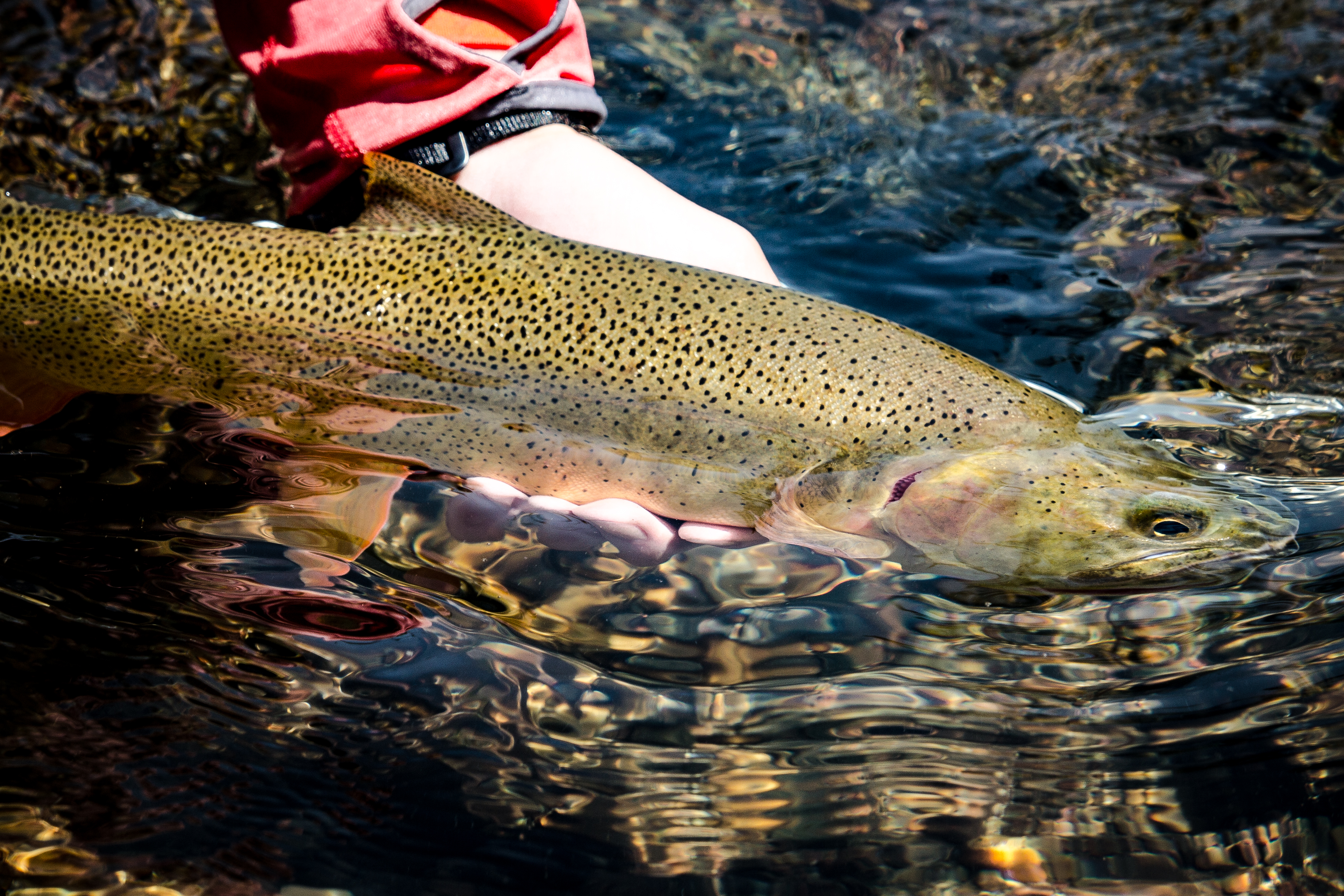 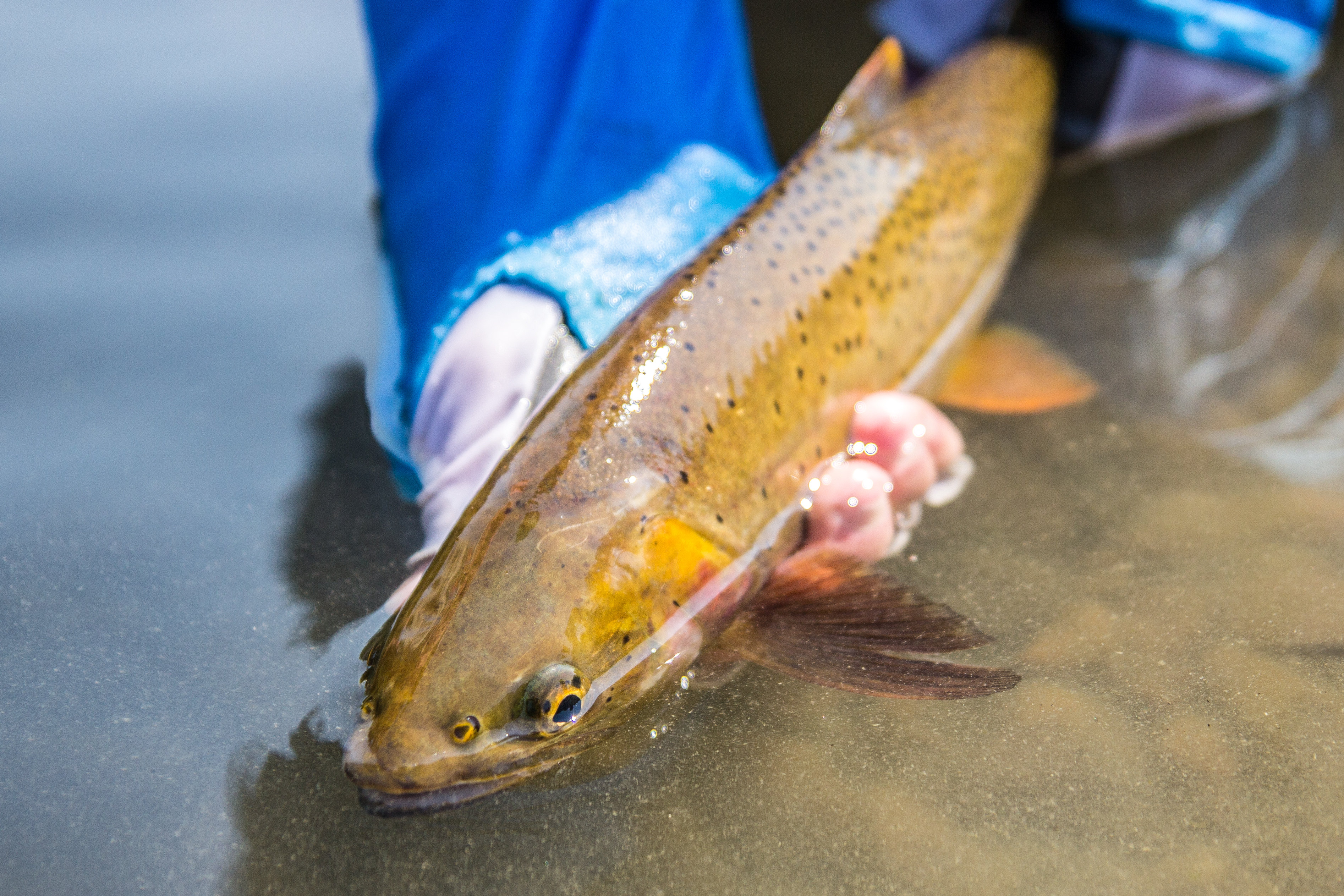