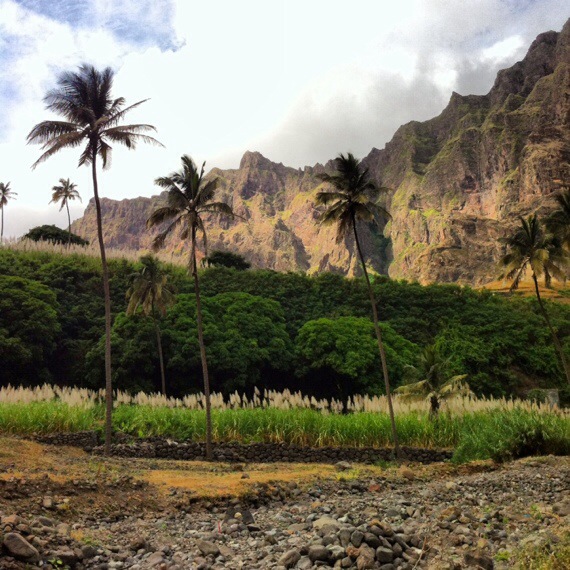 It all started in Minneapolis when I was unexpectedly upgraded to first class by a cute delta agent before boarding my plane to London. Within minutes I was sitting in my posh oversized seat drinking a mimosa eating shrimp cocktail dingblast it. During my flight I found it quite hard to get any sleep due to the second and third courses and ice cream sundays and movies they kept throwing at me. O well I thought, I could live this lifestyle for a while. Meanwhile the atlantic ocean was below me, raging mad and gigantic. I spent 9 hours flying over the ocean I was going to take three weeks sailing back across in a tiny boat in a few days time, with out ice cream sundays. After a tiring 24 hours spent with a friend drinking kask beers in London with no sleep, I boarded a flight to Lanzarote in the canary Islands (owned by spain off the coast of morocco) to meet up with the family of five from the UK who I would be living with for the next month and a half. After provisioning and getting to know each other for a few days we left the sunburned germans in the canaries, and set our sails for the cape verde islands off the coast of west africa. During the seven day sail down the coast we could see the faintest lights off in the distance, the lights of Western Sahara, Mauritania, and Senegal. Our first sight of land was an Island called Sao Vicente, which we pulled into at 4 in the morning and cracked big beers once the anchor was dropped. Overall we spent eight days in the cape verdes, but the island that holds my heart is called Brava. Being the southern most and smallest island of the cabo verdes and also out of the traditional trade wind route for sailors crossing the atlantic, it sees very few white people a year. Within moments of showing our intentions of anchoring stern two, the Local lobster fisherman called albert was swimming towards our boat to swim our mooring lines ashore. Soon after the hook was dropped every kid in the village swam out to the boat. We soon had 15 kids surrounding our dinghy showing their skills as free divers making me watch while they dove 20 feet down to sit on the bottom. After a taxi ride around the island exploring volcanoes and talking with locals, we met a guy named John John, not to be confused with De De or the other guy I met named Doo Doo. After sitting around with John John for a while he told me he was a fisherman and would like to take me out tmrw, he showed me his boat and then I remembered the reef we passed on the way in and how big the waves were, he said there would be three of them and we agreed on a price and said he would pick me up on the boat at 730 the next morning to head out past the reef. On the way out he told me stories about each one of the guys capsizing at one time or another, having to swim back to shore for 8 hours. After 3 hours of trolling for tuna with no luck I tried to teach them fly fishing but they found it hard to throw a ten weight after years of hand lining with bait. So instead they taught me a thing or two. For two hours we jigged up snapper, strawberry grouper, jacks, tuna, and various edible fish. The waves we battled all day were twice as big as our 14 foot wooden boat, but I had to trust their native intelligence, and when each big wave came I looked at their faces and they were calm as could be, so I knew I had to be. When we finally left Brava to start our sail across the atlantic, the locals we became friends with stayed on shore waving us off. I will always remember my Buddy John John standing on shore waving us off until we were a dot on the horizon, I knew he had a twinge of sadness about him from a hard life in a remote african island in the middle of nowhere and I knew he probably went right back to work after we were gone hopefully with a smile on his face. Our 13 day sail across the atlantic was five days faster than we planned, and I dont have enough time to go into it here, let me just say we battled 30-40 knots for 5 days with two reefs in the main, without a headsail, and we were still doing 9 knots. Times like that make for better times ahead, Like the first sight of land, and the smell of a rainforest, and the first night of undisturbed sleep, and dipping your toes in the sand, and jumping off the boat for a swim, and sitting at a bar in the caribbean happy as hell to be talking to a perfect stranger. Yesterday I said goodbye to the Melville family to start travels of my own. At the moment im hiding in a hotel room in St Vincent in the Caribbean where I will make my way north tmrw to plot my bonefish attack. Somewhere somehow someway, there has to be a bonefish flat nearby that I can hang out on for a month with my hammock and not do anything else but live deliberately and fish every minute of every day. Thats my trip report so far. Goodnight. 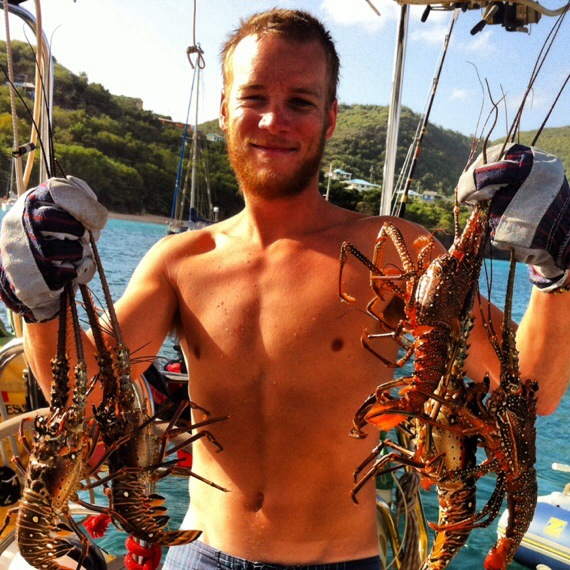