Day 1 – The straits of Hormuz

Day one started off with a blast and boy I love traveling. The madness of the airports where everyone is somebody for a minute, the whole world is there at your fingertips if only for a second. Like when I had a layover in Paris don’t think for a second I’m not going to drink red wine and eat croissants no matter what time of day it is? 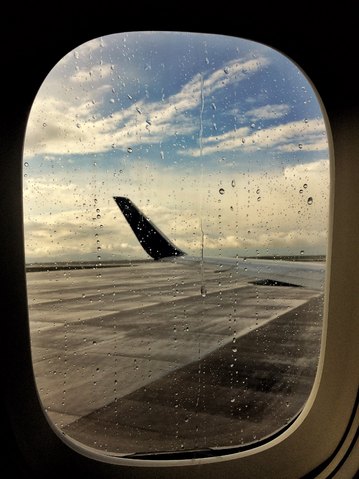 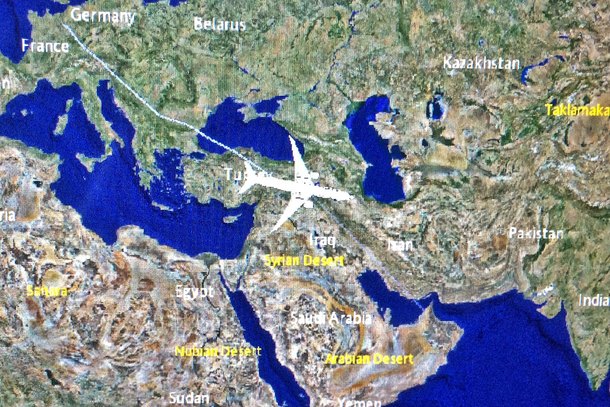 So I carried on around the globe after many layovers and starboard conversations with port side neighbors. Lots of airplane food and a few sleeps. Dipping through the French countryside and the Swiss alps I wanted to be everywhere at once. I thought about all the neat little Jackson hole’s tucked into those mountains that don’t get nearly the recognition. Glasses of wine and jolly thoughts while hanging a hard left so we could avoid Syria and Iraq but settled for the Iranian border as we were screaming towards Dubai. The world is not ready for me. 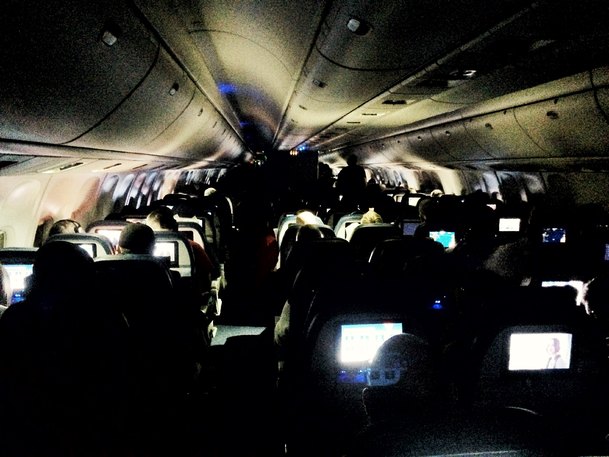 I finally made it to Dubai and didn’t know what day it was and I love that shit. I grabbed my bags and headed towards the parking lot to look for my driver. Sure as shit a Pakistani man named Sair was holding a big sign that read MR. Josh Gallivan. I didn’t get a wink of sleep that night but went through the motions. I met my friend Mike LaSota for breakfast in the lobby. He had been here for the last two days and had caught numerous Queenfish on the fly. We scarfed down breakfast and headed for the border crossing with Oman where we were trying to catch big GT’s and Queenfish of the fly. 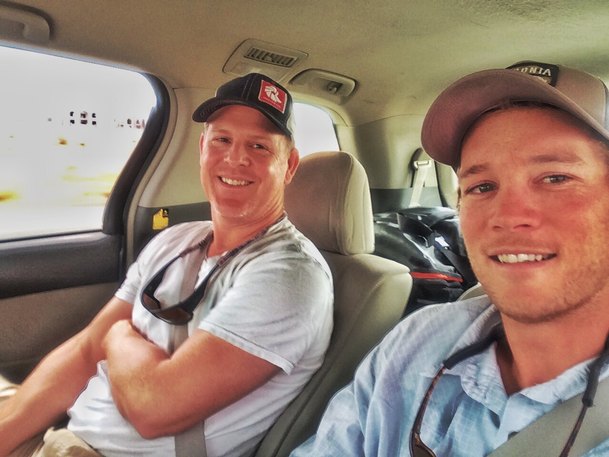 We were picked up and dropped off by numerous drivers and a guy named Abraham was our sponsor who walked us through the border after getting some stamps and weird looks from the military guys at the checkpoint. There were signs everywhere that said no hats no sunglasses and definitely no photography. We were finally delivered to the GT house owned and operated by Nick Bowles of Ocean Active, THE outfitter in Dubai and Oman specializing in fly fishing trips in the Middle East. Nick’s professionalism is top notch. His guides work their asses off to put you on fish. Thanks to Nick and his guides I truly had the time of my life fly fishing in the Middle East. 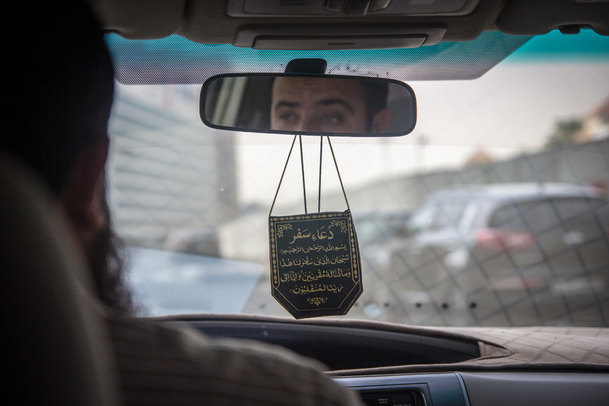 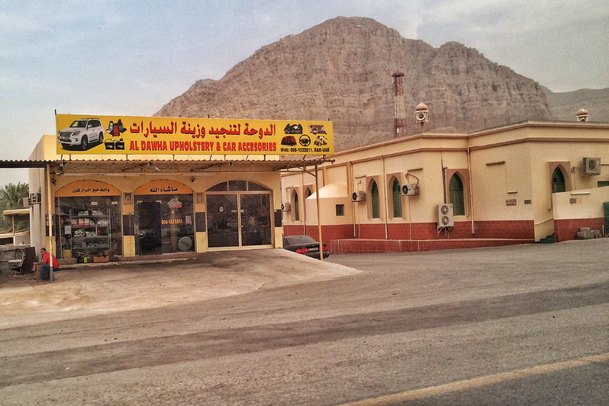 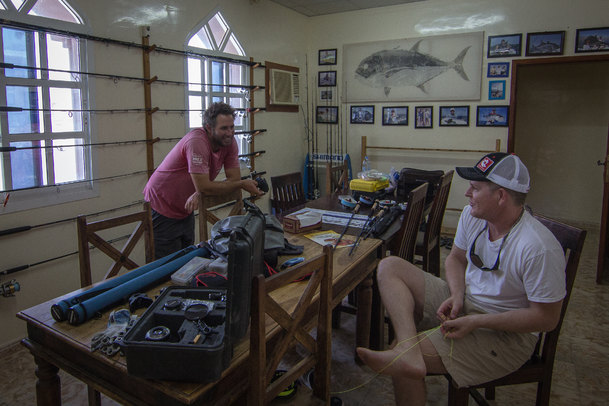 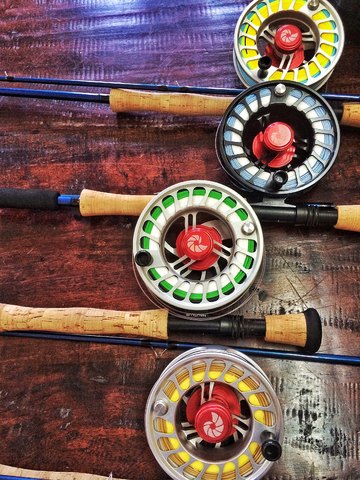 Absolutely no rest for the weary as traveling was starting to catch up with me now. We unloaded our bags and geared up for an afternoon session. We drove through a crazy town on our way to the harbor as some guy was singing the call to prayer from the nearby mosque. Traveling to a place like this will put anyone in their place in the world. That afternoon session was an excellent crash course as to what was coming for the next two days. We went way down wind and down swell to look for the birds bombing bait. We finally found them but couldn’t get close enough. As we finally got upwind and turned the motors off we drifted into a school of Queenfish that were destroying the anchovies in the mix. It was insane. It was the craziest top water action I have ever seen. Our guide Brett threw a hookless teaser into the school and teased the fish towards the boat so we could reach them with a fly rod. The problem was these fish were literally so full they were being lazy and wouldn’t go for our flies. 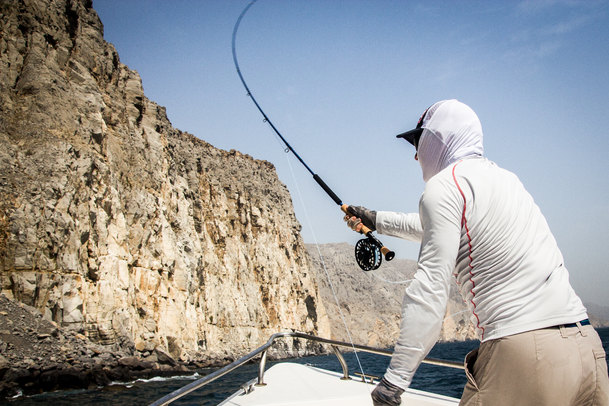 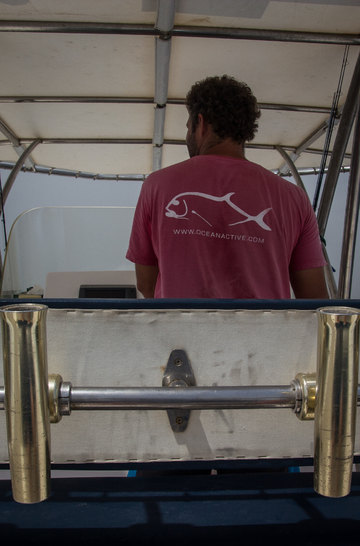 We got so carried away chasing the busting bait and I was besides my self in the vortex that we didn’t realize how late it was and we were down wind and down swell. We had miles to go to get back to the harbor so we reeled them in and held on tight as we had a ridiculously bumpy ride back. The boys made a fantastic dinner for us that night. It was a welcomed sight to get back to air conditioning and a massive meal. Off to bed to do it all over again! 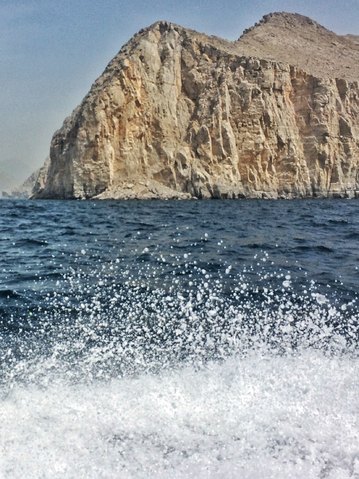