We were up early again on our third day in paradise. Mike and I are not used to arabian corn flakes for breakfast so we ate leftover sausage and lamb chops and guzzled a few cups of coffee, a true champions breakfast. We hit the water again trying to beat the early morning heat. It’s usually breezy on the water so to be out in the exposed air is actually bearable. We got into the Queenfish again pretty hard when we saw our first birds taking to the sky. Mike and I were heading back to Dubai that afternoon so we showed up that morning with fishing on our mind. 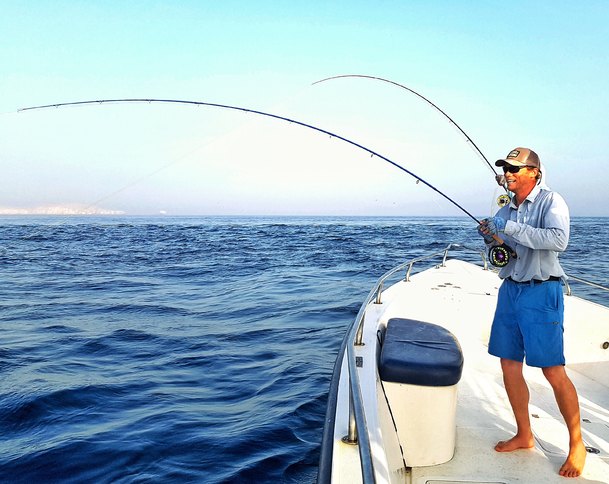 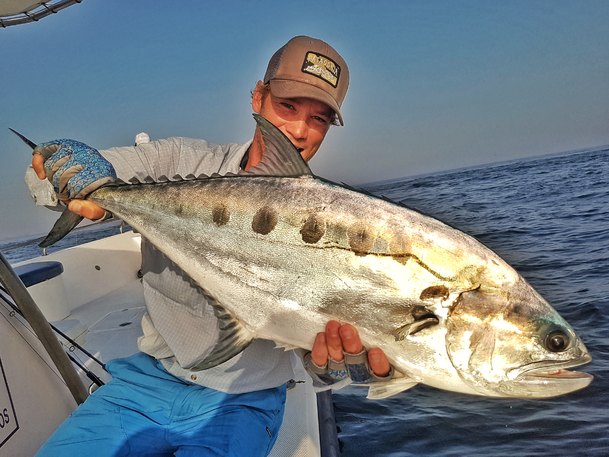 We were motoring around looking for the birds when all of the sudden we saw what looked like a big floating debris field. We got closer and there were hound fish jumping through the mix left and right and about a billion anchovies devouring something floating on the surface. As we got closer we couldn’t believe what we were looking at. It was some sort of phyto plankton hatch going on and every small fish in the ocean was dining out. 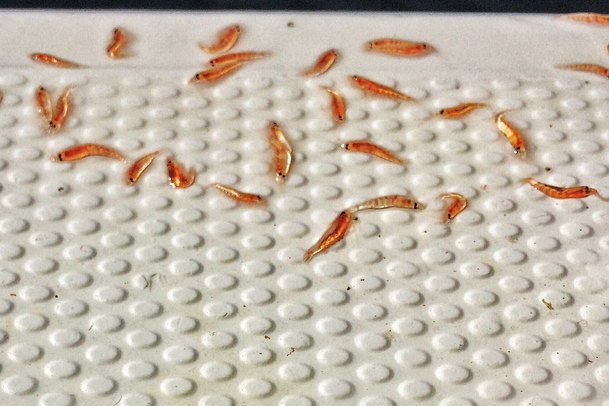 We had that feeling you get when you think something big will happen so we stayed nearby hoping to see some bigger fish arrive. The biomass in those two acres was very impressive. Eventually all the krill was devoured by 3 inch anchovies and the feeding frenzy was over. During this madness we didn’t realize we were about to get boarded by a military boat on patrol. For some reason my heart started beating faster and I didn’t know what to expect. They came along side us and told us to tie up to them. There was an overwhelming amount of bodies on board and one guy was manning the 50. cal machine gun quite attentively. They asked to see our documentation and asked where we were from. They had never met an american before and wanted to ask me all these things in broken english but mostly arabic. People don’t get it when you don’t speak their language, they just keep talking at you and eventually I just start talking back in english and we don’t know what the hell the other is talking about and it’s quite comical. The one guy who spoke the most english wanted to now about fly fishing. I simply told him it’s all the best things in the world. I think he understood what I meant but truly I didn’t think he would ever really understand. After all, fly fishing is just something you feel. Then the coolest thing happened, we were saying thank you and goodbye and pushing off when a big bait ball showed up about 100 feet away. The guys in the military boat motioned us to cast and for about 10 minutes everybody on that military boat got a quick fly fishing 101 class put on by Mike and I. We tried our hardest to hook into one of the marauding tuna but couldn’t connect. O well, we waved goodbye and they carried on. 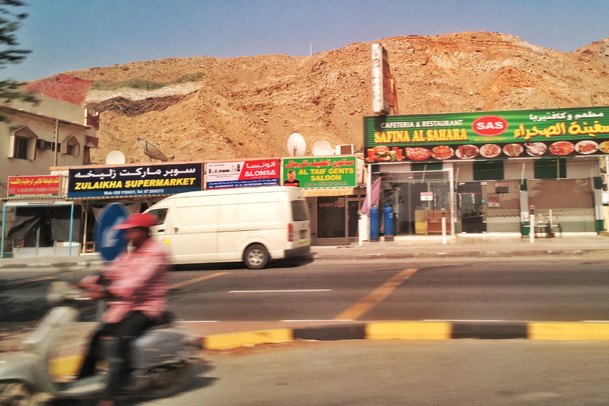 Mike and I left Oman that afternoon and went back through the motions of the border crossing on our way to Dubai. We drove back through the lonely landscapes with the dirt and the camels. We arrived in Dubai and had just enough time to throw our bags in our rooms and run down to the lobby to meet our friend Nick Bowles, owner of Ocean Active. Our plan was to spend the night on the town and meet up with the other guys in our group. I was excited to do a little partying that night as I had gone a few days with out a beer! After all this is the Middle East. These countries are governed by Sharia law, A faith based legal system where alcohol is not allowed. They bend the rules in Dubai but do not find your self drunk in public..

We really tied it on that night and had a fantastic time meeting each other and talking about our upcoming trip to Sudan. It went like this – Hummus at arabian nights, stella, tabbouleh, kebabs, fishing conversations, use your fork Josh, more stella, riding in golf carts, where’s Russ?